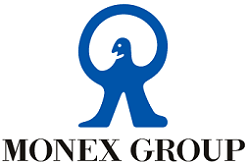 Japanese broker dealer Monex Group announced trading activity for the month of February. The multi-asset provider saw a massive drop in volumes during the less volatile period. Total volumes hit a six-month low of $32.1 billion showing a 37% drop on a month-on-month basis. The figures come in line with industry peers who reported a slowdown in activity in February.

Monex Group reported metrics across its core currency derivatives segments including TradeStation. Along with trading volumes, the firm saw a drop in its DARTs (daily average revenue trades) figures. In February it reached 337,371, from 359,501 figures reported a month earlier.

Despite the miserable data the broker did see a slight increase in the number of active trading accounts and the total value of client assets held. Active accounts increased from January to reach 47,803.

The slowdown in activity has been linked to a drop in market volatility as geopolitical tensions increase with Greece, Russia and the Middle East. Coupled with the extended pressure on the international energy market, traders have stood on the sidelines as they await core outcomes.