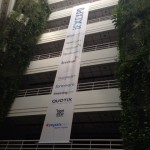 After an active April, May began slowly in terms of news. However, headlines picked up quickly. Beginning the month were reports from Japanese brokers of all-time trading volumes being registered during April. In the rest of the world, although not records, volumes in April generally exceeded those of May. During May, many public firms also reported Q1 earnings figures, with FXCM, and Gain Capital posting higher revenues and net income. In terms of new products, there were plenty of announcements as firms were out releasing news ahead of the just completed iFXEXPO in Cyprus.

Probably the biggest news of the month was the closing of payment provider Liberty Reserve. The payment company was seized by authorities in the US and Costa Rica and is being accused of operating a $6 billion money laundering scheme. For forex brokers, Liberty Reserve was a popular funding solution for clients if emerging markets who had limited access to cheap banking solutions. In addition to shutting a popular deposit method, brokers and affiliates with Liberty Reserve accounts witnessed their accounts and funds being seized as well.

MetaQuotes in the news: Friction among third party providers and MetaQuotes continued during the month. After a MT4 platform update was initiated, several firms reported experiencing connection problems with MT4 brokers. Among them was myfxbook, which MetaQuotes admitted to be blocking its IPs as they are in violation to MetaTrader licenses. Responding to questions about third party adaptability, during their MetaTrader workshop presentation at the iFXEXPO, MetaQuotes announced the launch of an upcoming provider marketplace. The marketplace, which is expected to be live in Q4 will offer a solution for third party firms to have their products verified and distributed to MT4 brokers. In other news, MT4i, which had been banned by MetaQuotes in April, partnered with Tradable in the launching of the trading platform’s B2B certified developer program.

Volume Announcements: Thomson Reuters held onto the top spot among public FX trading venues, narrowly leading EBS. It marked the second month in row for Thomson Reuters. Overall, public venues announced higher volumes during April. Activity was buoyed by volatility in the Japanese yen. Speaking of the yen, the volatility in the currency led to record volumes to be reported by Japanese brokers. During May, GMO Click, DMM Securities, and Monex all reported that their April figures were all-time highs.

Regulations: There were several regulatory based headlines in May. During the month, eToro announced that it had received UK financial regulation. On the other hand, Alpari RU told clients that it was leaving New Zealand as regulations in the country were growing. Elsewhere, MB Trading and FC Stone was fined by regulators for infractions that were committed in previous years.

iFXEXPO Announcements: The iFXEXPO in Cyprus led to a huge release of company announcements both before and during the Forex B2B conference. Some of the announcements:

Thanks for the update. We’re very excited to have the new regulation and to increase our presence in the UK. Look forward to further updates on our upcoming office in London.

Liberty Reserve is Shut Down,It’s a really bad news for many online traders. we want a regulation like that Neteller. Neteller is a FSA regulated,i think it’s safe for online traders.