The latest data from the Japanese retail FX industry puts DMM Securities in first position according to the number of accounts. With 757,511 accounts recorded for January 2020, DMM Securities has broken the 700k mark for the second year running and maintained a clear lead over the remaining Japanese brokers. The latest analysis from Finance Magnates Intelligence also reveals further interesting developments.

Compared to January 2019, DMM Securities added 53,781 accounts, which itself is an impressive achievement. For the second year in a row, DMM Securities is the only Japanese broker to have surpassed the 700,000 accounts mark, having been the first broker to pass 600,000 opened accounts in 2017. 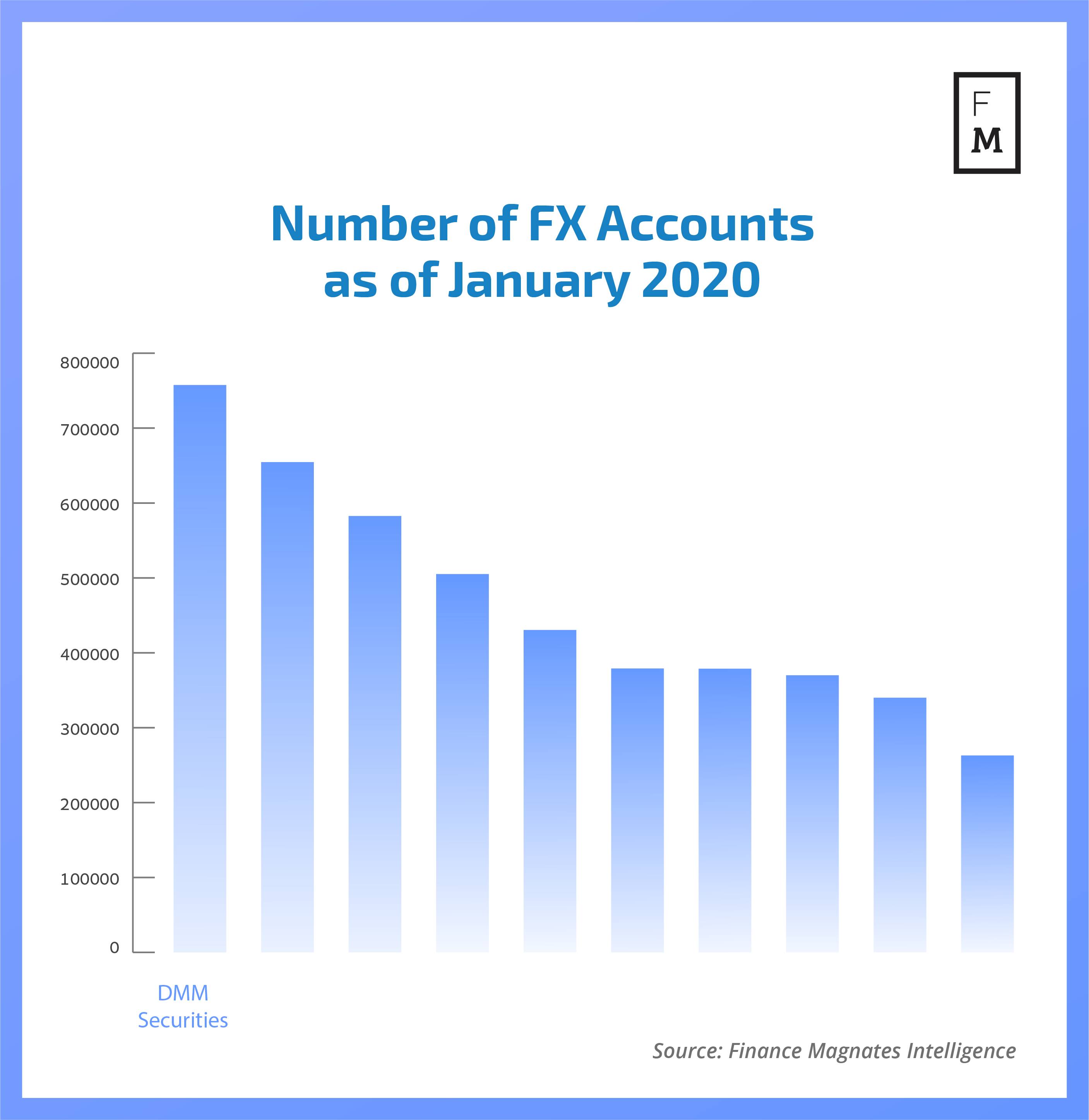 The second-ranked broker was close to the 700,000 barrier. However, apart from DMM Securities, there were only three other brokers with results higher than 500,000 accounts. Further behind the leading pack, a few Japanese brokers switched positions and one new broker entered the top 10 list this year.

The Japanese retail FX industry remains the biggest in the world, representing 1/3 of total global FX and CFD retail volume. The strength of the local industry was not weakened even by the tight regulations introduced a few years ago. Recently, the Japanese regulator The Financial Services Agency (FSA) has been planning to tighten crypto margin trading in Japan by limiting leverage to a maximum of twice the traders’ deposits.