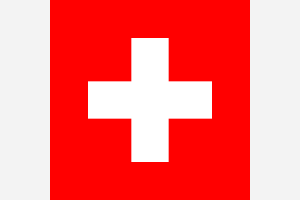 With the Swiss National Bank (SNB) abandoning its intentions to maintain a minimum exchange rate floor in the EUR/CHF currency pair, the foreign exchange market has experienced its most volatile day in recent history, prompting a number of brokerages to suspend trading on most currency pairs involving the Swiss franc.

With liquidity disappearing from the market in the aftermath of the SNB announcement, industry insiders have shared with Forex Magnates that some trades closed at astounding levels all across currency pairs involving the Swiss franc. The lowest rates of execution in the USD/CHF pair were below 0.30 as seen on a screenshot from an unidentified brokerage below.

According to information obtained by Forex Magnates, major banks are still struggling to determine the appropriate fill rates and there might be differences between lowest printed rates vs. tradable rates. One bank has messaged its clients, “We are filling trades now, but may have to amend at worse rates later.”

Prospects of Severe Financial Losses at Some Brokers

In the aftermath of the SNB announcement, UK listed brokerage, IG Group Holdings plc (LON:IGG), announced that it is facing losses of up to £30 million. The firm explained in a statement that its clients managed to execute their orders in Swiss franc currency pairs at much more favorable rates than the broker got at the same time.

The lack of appropriate risk controls for a substantial part of the industry means that in the aftermath of this massive Black Swan event caused by the SNB, a number of brokers remained on the hook with their liquidity providers, as balances of their clients who were shorting the Swiss franc on leverage went deep into negative territory.

From the perspective of the liquidity providers, depending on the reputation and the regulatory environment within which their broker clients are regulated, substantial risks may yet surface. Then again, most offshore and unregulated entities are likely skipping LPs altogether and b-booking the bulk of their client order flows.

Commenting about the events this morning, the Managing Director of ThinkLiquidity, Jeff Wilkins, explained, “I have been on the phone all morning and banks have been reluctant to price because all liquidity disappeared. We are seeing pricing come back through a few venues. This is an unprecedented move, but somewhat expected. Without intervention this floor simply wouldn’t hold.”

While Mr. Wilkins states that the SNB’s move was somewhat expected, the bulk of traders involved in the currency markets with a number of retail brokers have differed in opinion. When Forex Magnates first reported about Saxo Bank raising EUR/CHF margin requirements in September 2014, 85.8% of the traders on Saxo Bank’s book were shorting the Swiss currency.

The picture has been similar across a number of other brokers – at the time 88.27% of OANDA’s and 98.9% of FxPro’s EUR/CHF traders were wrong-footed, and this number has only increased since September, according to Forex Magnates’ sources and to the regularly updated publicly available graphs from major brokerages.

Rumors about the lowest prints prompting distress at a number of high-frequency trading shops are sending a strong message to the industry – the most liquid market in the world is not protected from a ‘Flash Crash’ event.

The CEO and co-founder of London-based peer-to-peer foreign currency exchange, Kantox, Philippe Gelis, shared with Forex Magnates’ reporters, “The huge exchange rate movements in the wake of the SNB announcement, have undoubtedly been largely amplified by algorithmic trading.”

“Financial markets are now more dependent on decisions processed by computers and algorithms than decisions taken by humans. When a central bank decides to modify its policy, for example by decreasing the interest rate, thousands of computers globally react in a fraction of a second, creating a wave of selling or buying positions,” he explained.

An agency model broker shared with Forex Magnates that the EUR/CHF low which was printed this morning was around 0.8058, while on the USD/CHF pair the bottom was at 0.7124.

Fortress Prime’s CEO, Mitch Eaglstein, shared with Forex Magnates, “We have proper pricing now but liquidity is quite limited as the banks are just now starting to accept orders again. Once the news hit the street the banks began rejecting orders. This is one of the most significant moves in recent times so it is quite understandable for the banks to react the way they did.”

When banks reject trades, brokers either are unable to hedge, or execute trades at prices that don’t exist in the market, making them vulnerable to arbitrage trades.

“The platforms handled the volume just fine, but the liquidity providers weren’t feeding into the order book. That’s what Direct Market Access (DMA) means, so it’s part of the game. This is a good time to encourage customers to not use excessive leverage,” CEO and co-founder of Darwinex, Juan Colon, stated to Forex Magnates.

According to data from the foreign exchange trading matching system FastMatch, the second most traded pair on the currency markets today is the EUR/CHF. 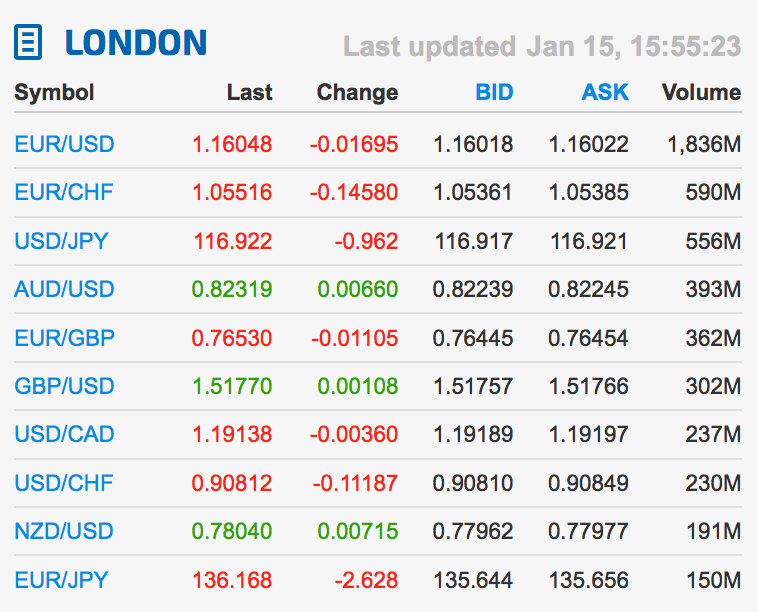 Today’s SNB induced Black Swan is unlikely to be forgotten any time soon. Risk policies and leverage offerings, especially by prime of prime brokers, are likely to be put into major reviews. According to Jeff Wilkins, “The largest risk at the moment is the ability to collect negative account balances, especially for STP only brokers.”

To put it mildly, “unwise” leverage offerings in the likes of several hundreds to one are very damaging to the industry in the long run. Today has proven that not only clients of the brokers can suffer losses from extreme leverage. A single black swan event such as the Swiss-born we saw today, can cause long-term damage to a number of companies from the industry and even put some out of business.

The risk in the market not only stems from monetary damage, but also a reputational one.

The CEO of Fluent Trade Technologies, a company providing software to buy-side firms and prime brokers to monitor their clients, Gil Neihous, shared in a short interview with Forex Magnates, “This is the day that will change the way prime brokers and brokers are managing risk in what is a very fragmented market.”

“Market makers who actually post the prices in the marketplace have left a lot of prime brokers exposed to huge risks and all losses caused by today’s event are yet to surface,” he continued.

Asked about the long-term implications of the Black Swan which hit the foreign exchange markets today, Mr. Neihous said, “If you think about a market where a prime broker extends billions of dollars in credit limits but has zero control over what the clients can do under their name, we are hearing a loud message today – ‘This has to stop.’ ”

According to sources close to Forex Magnates, algorithmic trading was hit particularly hard today, many companies having lost tens of millions of dollars on the foreign exchange markets on this Black Thursday.

Discussing market-making challenges for smaller firms, Mr. Neihous said, “A lot of small firms are doing market-making, anybody involved in this and did not have very strong risk controls, suffered huge losses.”

“Traditional rules like net open orders, net open positions are not sufficient in our view,” the CEO of Fluent Trade Technologies said.

“There is a need for other rules which indicate volatility, orders per second and some other more-behavioral rules other than the pure risk rules which avoid orders from reaching out to the market. One of the risks is not the actual position, but the orders associated to it which are on the market,” he explained.

If the prime brokers and the market participants do not take action themselves, the regulators will force them to. The impact of the costs on the market will be much more significant. The industry should gear itself up towards better controls for its own sake as it looks like the tumultuous times for the foreign exchange market are far from over.

This is polygraph test for брокер offering 1000:1 leverage. Believe client book like others (massive long EURCHF).

So, if STP as claimed, broker get stopped out at clearing firms before clients get stopped. Broker is vverkh nogami. No more икра lunches. No more Moscow Int’l Business Center office space. No more Burg Al-Arab vacations Time to close shop.

If they are bucket shop, look for Bugatti’s in parking garage, Dolce & Gabana suits, and private jet to iFX Expo HK in two weeks!

This is polygraph test for брокер offering 1000:1 leverage. Believe client book like others (massive long EURCHF).

So, if STP as claimed, broker get stopped out at clearing firms before clients get stopped. Broker is vverkh nogami. No more икра lunches. No more Moscow Int’l Business Center office space. No more Burg Al-Arab vacations Time to close shop.

If they are bucket shop, look for Bugatti’s in parking garage, Dolce & Gabana suits, and private jet to iFX Expo HK in two weeks!

WHY were 90% of eur/chf retail positions long. I dont get the reasoning. It was obvious that the rate would be significantly below 1.20 without the floor. So even if you do trust the SNB – where exactly did people see upside potential? Its staggering.

WHY were 90% of eur/chf retail positions long. I dont get the reasoning. It was obvious that the rate would be significantly below 1.20 without the floor. So even if you do trust the SNB – where exactly did people see upside potential? Its staggering.

@Andy, I am glad that it was obvious for you, and now you have a Bugatti.

@Andy, I am glad that it was obvious for you, and now you have a Bugatti.