There are four general categories into which all spreads fall: vertical spreads, time spreads, straddles and strangles, and synthetics.

A vertical spread is a spread consisting of either two calls or two puts, both on the same underlying asset, sharing the same expiration month, but with a different strike price. For example:

In the professional-trading nomenclature, vertical spreads are divided into two categories: call spreads and put spreads.

There are, then, four possible mutations that traders can trade:

Nonprofessional traders use a different vernacular for vertical spread categorization, contrary to the simple buying or selling of call spreads or put spreads. Retail traders commonly divide vertical spreads into either debit and credit spreads or bull and bear spreads.

Debit and credit spreads are sorted as such because of the posting to a trader’s account when the trade is made. When the more expensive option is purchased, in either a call or put spread, and the cheaper option is sold, a debit results (i.e., the trader pays for the spread, hoping it can be sold later at a higher price) in the trader’s account. Hence the name debit spread.

When the higher-priced option is sold, in either a call of put spread, and the less expensive one is purchased, a credit results (i.e., the trader receives cash in his or her account, hoping to later pay less than the credit received to close the trade). Hence the name credit spread.

Vertical spreads are one of the most powerful and versatile categories of option spreads.

They can be used to trade directional exposure, time exploitation, volatility revaluation, and more. They can be very conservative or very leveraged plays. While elegant in their simple construction, they are fairly intricate spreads that require a thorough understanding to trade effectively.

A time spread is a spread consisting of either two calls or two puts, both on the same underlying asset, sharing the same strike price, but with a different expiration month.

Time spreads are also called calendar spreads or, archaically, horizontal spreads. In giving an order to trade a time spread, it is customary for traders to say they are buying the spread if they are buying the month with more time until expiration—which would be the more expensive option resulting in a debit for the transaction.

Time spreads are useful strategies that are traded by both professional and retail traders. Professional traders tend to trade time spreads as a volatility differential trade, buying the low volatility month and selling the high. Retail people are more fixated on always buying the spread, sometimes disregarding the volatility levels, with the objective of benefiting from the time-decay disparity of options with different expiration dates.

Other common option spreads that fit into the time spread family are double calendars, diagonals, and double diagonals:

A straddle consists of a long put and a long call (or a short put and a short call) sharing the same strike and the same expiration month.

A strangle consists of a long put and a long call (or a short put and a short call) each with different strikes. Typically the put in a strangle has a lower strike (and is usually out-of-the-money at the onset of the trade) than the call (which is usually also out-of-the money when the trade is established).

Spreads are assumed to reduce risk, however one could argue that neither straddles nor strangles reduce risk. In terms of incremental risk, theta, gamma, and vega all increase to around double that of either individual leg of the spread. Delta generally gets offset, but the volatility risk is doubled. For that reason, there are some traders, albeit a minority, who don’t consider straddles or strangles to be spreads.

Straddles and strangles are volatility plays. The straddle, in particular, is the purest way to buy or sell volatility. This is evidenced in the fact that both gamma and vega are maximized by buying or selling both spread legs and that profits or losses can increase with great magnitude if there is a volatile move in either direction.

Put-call parity is a formula that expresses the relationship of calls to puts. But much more can be derived from this concise equation. It also suggests option relationships, called synthetics. The following is the formula for put-call parity:

To rephrase in a non-mathematical vernacular, this equation states that once interest and dividends are factored in, a call equals a put of the same strike plus stock.

A long put combined with long stock is a basic spread. Changing the signs in the equation yields important algebraic restatements of this relationship with which to create other spreads. Some synthetic spreads contain stock, some only options. Synthetics help traders in arbitrage trading as well as in understanding positions in simpler terms. 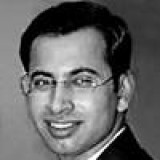