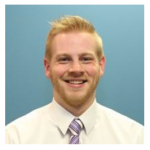 ABOUT THE AUTHOR: Stephen is the main content writer for anyoptions. He specializes in new market research, compliance and profitability reporting for Europe and South Pacific markets. When not following international economics, he enjoys sketching, analyzing German literature and teaching himself Danish, Dutch and Turkish.

Gold has been somewhat of a mixed bag over the last year. In the beginning of 2015 it looked as if it was making some good progress, only to lose all that ground again. Last Friday, the price of gold reacted negatively to the United States’ job report for February, which brought the unemployment rate to 5.5 percent, the lowest since May 2008.

Having gained 10 percent to start off 2015, it was back down to where it started. “Robust [jobs] figures are likely to fuel expectations of interest rate hikes,” says the commodities team at Commerzbank in Germany, “and put pressure on the gold price in USD.” Additionally, “Financial markets continue to underestimate Fed rates hikes this year and next… Combined with constructive investor sentiment [on stocks] this is a major negative for gold prices.”

What’s more, the strong jobs report is a sign that the United States’ economy is still making major strides in its recovery. This could spur the Federal Reserve to increase US interest rates once again. This would, in turn, further boost the value of the dollar, and hurt the demand for non-interest bearing assets, including gold.

In Europe, however, gold prices got a boost as investors shifted their focus from the 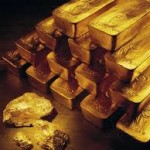 United States to Greece. In general, gold prices have massively benefited from long-running fears that the country could leave the euro zone, or default on its debt and destabilize the euro. Now that reports have surfaced showing that Greece’s financial problems are more serious than expected, Monday saw gold prices up.

“It would appear that the markets are still unable to ignore the Greek situation — according to media reports at the weekend, the country’s financial state is evidently more precarious than previously assumed, meaning that Greece could require fresh funds sooner than anticipated,” Commerzbank said.

Additionally, as the European Central Bank begins its quantitative easing program, the demand for gold as a store of value could be further spurred. The reason for this is that the bond-buying program will likely devalue the euro against the dollar. And while dollar-denominated gold prices will fall in response to this and domestic interest rate hikes, gold prices in other currencies, such as the euro, become a more lucrative investment for foreign buyers.

In the long run then, it seems as if gold is looking to be an interesting investment opportunity. With the contrasting effects of monetary policies in the United States and Europe, it wouldn’t surprise me to see gold remain fickle, reacting quickly to positive and negative news. The investor sentiment of the precious metals market has also been shaky at best since the financial crisis began, making gold prices more subject to investor speculation.

Looking forward, investors should keep a wary eye on the movements of the Federal Reserve, the European Central Bank and Greece, as these are likely to be the factors that have the most influence on gold prices for the remainder of the year.