GAIN Capital (NYSE: GCAP) has reported its trading metrics for the month ending March 2016, which saw a marginal decline across its trading volumes given the observance of the Easter holidays in Europe and the US, according to a GAIN statement.

While the ADV metrics declined materially, the nominal figures for the month are only marginally lower due to impact from thin volumes traded around the Easter holidays in Europe and the U.S. Across a yearly timeframe however, March 2015 showed a slightly less optimistic picture, incurring a YoY decline of -19.5% YoY growth from March 2016. 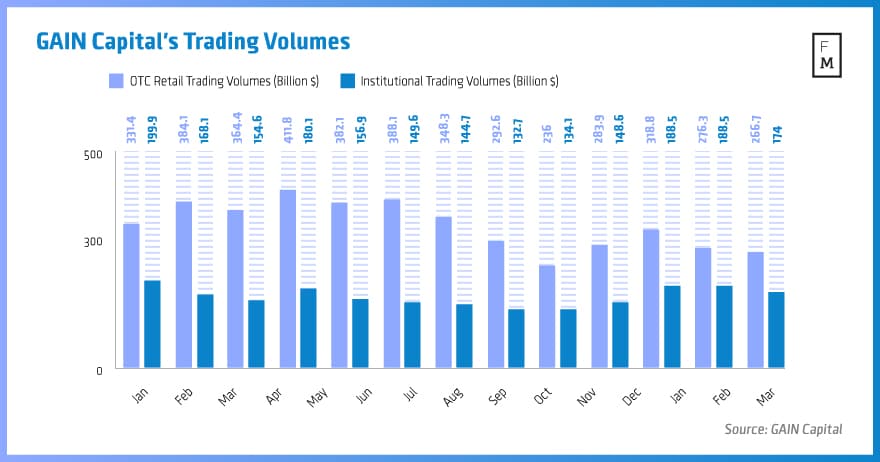