GAIN Capital’s share price has been on a two-day rampage, with the share price increasing by 21% and 10% respectively. When share prices move sporadically, a call from the exchange is expected. GAIN Capital states in a press briefing: “In view of the unusual activity in the Company’s stock, the New York Stock Exchange has contacted the Company in accordance with the Exchange’s usual practice.”

An online equities portal ‘TheStreet’ upgraded GAIN Capital’s status from hold to buy. The reason behind the rapid price movements are unknown, however, the company’s fundamentals are in sound position and it has strong growth prospects and revenue increase which would translate into higher profits. In addition, the company is also gaining market share in the FX market.

Ronnie Chopra, a London based market analyst said in a comment to Forex Magnates: “Shares have had a very strong run over the last 12 months, with the shares more than doubling from a low of 4 USD. P/E quite high at 17 for a company in the financial services sector, but profits are increasing as well as revenue and market share. With forecasted increase in profits, p/e will fall and that’s why shares are high along with p/e.”

GAIN Capital released an official response to the activity, the company’s notification read: “The Company stated that its policy is not to comment on unusual market activity.” 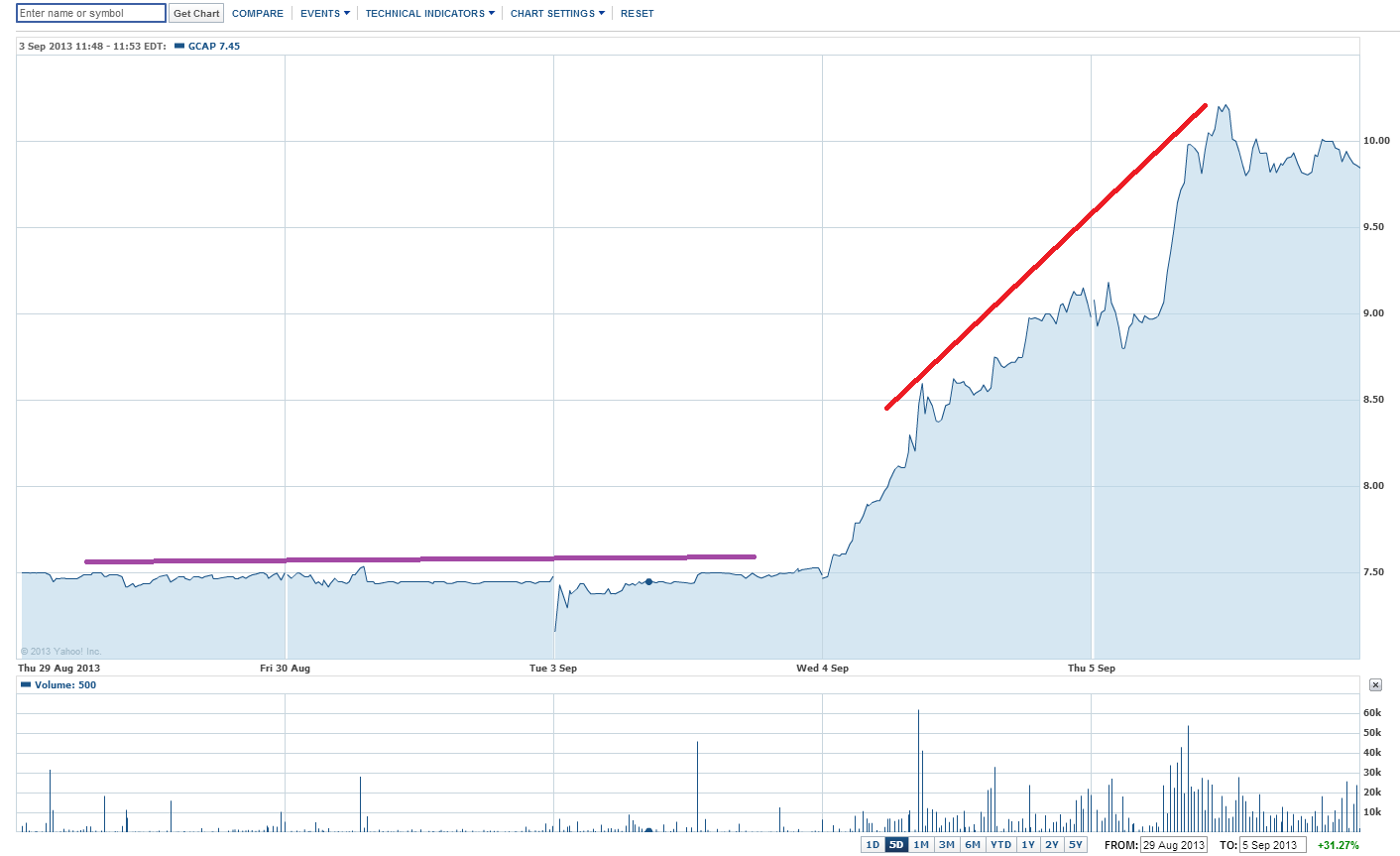 Funny when GCAP price goes up the market thinks it abnormal. it could be the cash infusion from GFT? bear in mind thought he ipo of gain went off at 9.. GS and his crew were set to offer the shares at b/w 13-15 up to the night before the ipo.. so while the champipple probably popping in NJ (GCAP head office) not much to cheer about. I would guess if GS or TO were to leave or get fired the stock would roar. I would guess as the founder has been selling along with a slew of officers. The… Read more »