FXCM has reinforced the positive sentiment administered by brokers in the margin FX arena for 2014. The US-based broker dealer has reported trading volumes for the month of January. As expected, volumes were in line with the general market with increases seen both in the retail and institutional segments. FXCM continues to dominate the institutional sector through its FXCM Pro division.

FXCM reported record daily trading volumes in its retail unit in June 2013 with activity averaging $19.8 billion a day. At the same time, last August was the best month for the broker’s institutional trading division which recorded a record high in average daily trading volumes at $9.5 billion.

FXCM’s share price was trading in the green on the back of the positive trading results, the stock was up 2.69% trading near the day’s high, the last traded price was 17.91.

FXCM has been one of the most active participants in the M&A space, in 2012 the firm purchased institutional FX market maker, Lucid Markets. In 2013 the firm continued the trend by acquiring Faros Trading. In its January corporate presentation it states: “With over $422 million in cash and $205 million undrawn on credit facility, FXCM has the firepower to pursue meaningful acquisitions.” Thus indicating room for more M&A activity.

In the Forex Magnates quarterly industry report for the fourth quarter of 2013, FXCM tops the table with the largest non-Japan retail FX volumes, followed by Saxo Bank, Alpari and GAIN Capital. Both GAIN Capital and Saxo Bank reported growth in monthly volumes during January. CEO’s of FXCM, GAIN and Saxo Bank were discussing their success in the Asian market in a recent panel discussion at the iFX EXPO Asia. Drew Niv, FXCM’s CEO, explained during the panel that over 50% of FXCM’s revenue stems from Asia. 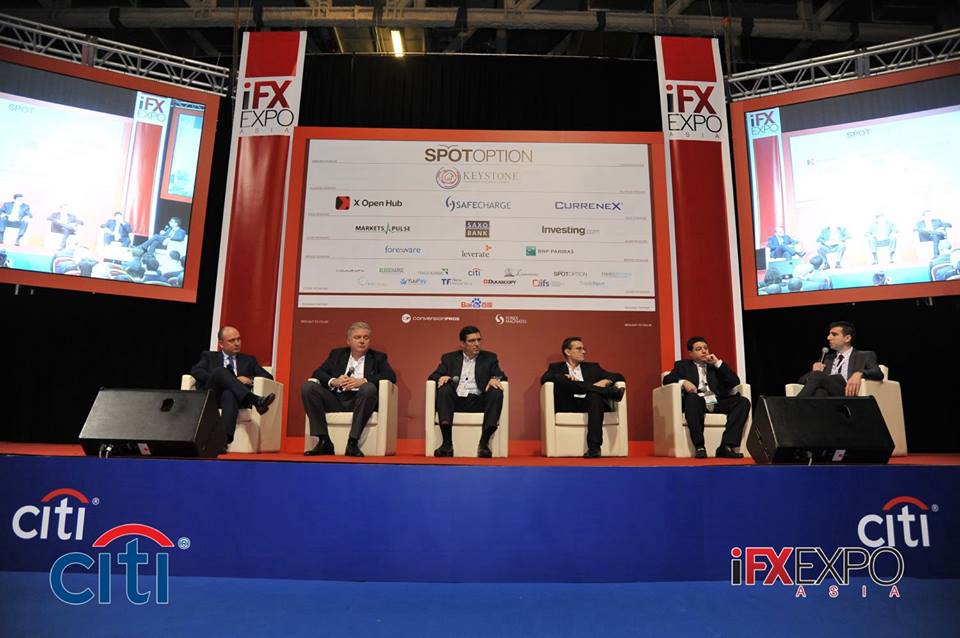 Volatility in the financial markets coming on the back of quantitative easing and the US tapering issue have been driving activity. The VIX index, a benchmark gauge which measures volatility in the market was creeping up in the second half of the month. Markets are expected to trade in tandem in 2014 with the new Fed chairwoman stepping in and markets thought to be improving.