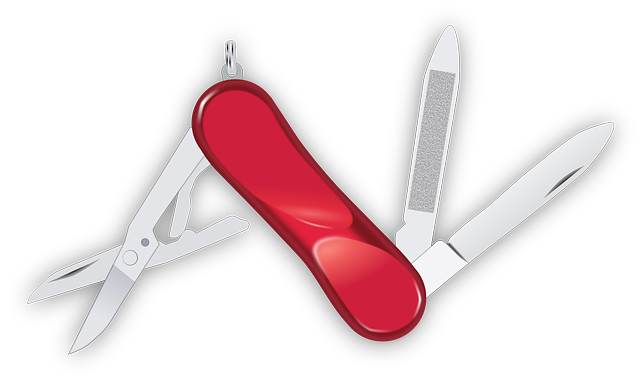 It’s been a full two weeks of intense discussion of the foreign exchange industry, while still bracing for shocks in the aftermath of the Swiss National Bank disaster which hit the markets on January 15th.

Questions have been asked, and umbrellas opened after the rain started pouring by some regulators. Noisy reports across various mainstream media have highlighted the need for better oversight of an industry which allegedly resembles a casino. But the majority of those couldn’t have been more biased and even more misinformed.

With the impending bankruptcy proceeding of Alpari UK and the numerous reports questioning the best execution practices of various brokers, Forex Magnates’ reporters spoke with the Chief Executive Officer (CEO) of one of the New York Stock Exchange listed forex and CFD brokers, GAIN Capital.

While there have been a number of brokers who didn’t raise any alarm bells for their clients, GAIN Capital has been among the first to send a message to its clients that the Swiss franc deserves extra attention.

How did the company do it? After Danish Saxo Bank acted first, GAIN Capital was the second major broker to raise the alarm bells for traders going short the CHF by increasing margin requirements to 1:20 (5%).

We asked Glenn Stevens how the company tackled the whole SNB debacle, and started from the beginning. 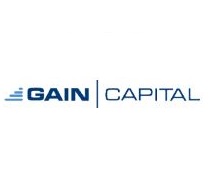 “For GAIN Capital, a lot of the work we had done was 6-9 months prior to the Swiss franc debacle. It all ultimately paid off in a positive fashion and now the important part is to assess how does the event impact the company moving forward,” he said.

Explaining the rationale behind the margin requirement increase, Mr. Stevens said, “Last summer when we saw more and more customers increase short CHF positions, we decided to make a move on the leverage. We didn’t just chase the market and say our regulator says we can provide 1% to 2% leverage, we have been analyzing the situation in real-time and have increased it to 5%.”

Many brokers have been greatly underestimating the positions and the creditworthiness of their clients and ultimately this is what created a hole in their risk management systems. GAIN Capital’s CEO said, “We pay attention to our risk metrics every day as the system looks at every customer and every position and we feel that more than the aggregate market exposure, is the percentage of our customers who are participating in a single trade.”

This percentage has been highlighted in a Forex Magnates report dating back to the summer of 2014, when Saxo Bank increased margin requirements for its clients and warned them about the prospective market distress.

The above-mentioned action is contrary to what the media, pundits and regulators have been claiming all along – that no broker took action to protect its clients.

The Ten-Car Accident for the Forex Industry

Asked about the immediate reaction by press and regulators, Mr. Stevens said, “The backlash happens to sell well in the press when it becomes sensationalized and the industry deals with hundreds of millions of losses. Unfortunately, the recent collapse of a couple of companies has been a very public event, and was sizable enough for people to take notice of the situation.”

Using the perfect analogy, Mr. Stevens explained, “The reality is a ten-car accident gets more attention than a one-car accident on the highway. Nobody realizes that the one-car accident may have been way more serious, people do not look at the details.”

When you read the press stating how forex is an unsuitable product for the mass market, this is just uneducated and uninformed. Mr. Stevens clarified, “Only a few players lost the majority of their funds in many instances.”

If people speculate with such large amounts of money, then they have plenty of disposable income to take in similar investments such as real estate, stocks, etc. The subprime mortgage crisis in the U.S. proved that even the unthinkable can happen – bricks and mortar investments went south.

One of the major news reports, which initially got ignored by mass media, was the fact that the majority of losses incurred by clients of Interactive Brokers were from futures trading. At the same time as the media was scrutinizing forex, dozens of bad trades went sour on the stock markets too.

The nature of any financial market is very simple – it’s a zero sum game and when someone loses money, another party makes it. In the case of the retail investors who lost money in the forex market on Black Thursday, those numbers are marginal when compared to the broad market.

Mr. Stevens said, “If you took any time to look at the profile of losses at GAIN, Interactive Brokers or FXCM, you would come to the conclusion that there has been a marginal group of people who decided to put the short CHF trade and it didn’t work out.”

It was easy for a number of media outlets to get out there and say how risky or outright bad the forex market is. Some publications went as far as to say that using stop loss orders is some sort of a faulty market strategy.

Mr. Stevens best explained the issue with another analogy, “How is the EUR/CHF event any different from the following? A small group of traders on the equity market start backing up a biotech company which is supposed to get a new drug approved. The company announces that it is very likely to get this drug approved by the FDA, and in the end, a week before the regulatory decision the CEO of the firm comes out and voices his opinion that the drug is going to be approved. The market gets even longer and people start leveraging up on the trade and next week the FDA comes out and says – the drug is put on hold, due to side effects. The stock would collapse, but does this mean that people shouldn’t be trading stocks?”

Asked about the regulatory approach to the matter, Mr. Stevens added, “I’m concerned initially that there might be a reflux against the industry. We have seen it already with the U.S. regulator which came out with changes to margin requirements on a couple of currencies. That’s fine, but what would have been better is to get some input from companies and clients.”

Contrary to what a recent Financial Times report suggests, in my career as a retail forex trader I have lost way more money due to not using a stop loss, than due to using one, so I reinstate that the media reports out there targeting certain brands and companies for simply running a forex broker are plain nonsense and factual misrepresentation.

The author of the article was also on the wrong side of the EUR/CHF trade in 2011, when the Swiss National Bank introduced the currency floor. Somehow I don’t feel vindicated after Black Thursday, because if there is anything that the market has taught me over the past ten years, it is that in the financial markets everything is possible.

This is the gist and the message that should be out there. Hardcore risk takers will always be rewarded with fat gains or extreme losses. The perpetuity of financial market cycles has been ongoing ever since their invention.

It's good to see there are still rational people that will examine events logically. Too many governments and regulators all seem to be guided by emotions these days.

It’s great to have this vibrant discussion amongst FX aficionados and have a variety of opinions. Why don’t I buy the banking staff argument – because this probe has been ongoing for several months now – why April suddenly has to be the month when everyone is deciding to stay pat and stop trading? The ECB did announce that they might resort to unconventional measures – which caused some heads to turn and some rethinking of convictions – if it wasn’t for that press conference we would have been passed 1.40 in the EURUSD and the implied volatility picture would… Read more »

in a way yes, in another they may enjoy technology and know-how other providers aren’t able to provide

in a way yes, in another they may enjoy technology and know-how other providers aren’t able to provide

It’s great to have this vibrant discussion amongst FX aficionados and have a variety of opinions. Why don’t I buy the banking staff argument – because this probe has been ongoing for several months now – why April suddenly has to be the month when everyone is deciding to stay pat and stop trading? The ECB did announce that they might resort to unconventional measures – which caused some heads to turn and some rethinking of convictions – if it wasn’t for that press conference we would have been passed 1.40 in the EURUSD and the implied volatility picture would… Read more »

Tell this to the clients of Alpari UK and LQD Markets.

@Victor Golovtchenko Now they are going out of business following the SNBomb. After this event there wasn’t any CHF liquidity in the market for hours. If you are a market maker and take positions against your clients – no problem for you. But if you are an ECN broker – you are in big trouble.

I believe, at the end, this is the right way to look at all what happened 15th January. Nevertherless, some broker should revisit their communication to the market place and furthermore Regulators have to inform the market participants and deliver a full report. It is crucial to reinstate confidence in FX market. It is impossible to achieve good trading if you have doubt about your broker execution model, especially in situation like this.

I agree with you that FX isn’t riskier than other asset classes but in considering that fact why do you rise the margins?

Gain: these clowns fall right in behind FXCM
talk about badass brokers……….
s

Forex is not a suitable investment for the majority of the population. Most retail traders cannot handle losing all of their cash. Unlike other investments in ‘real’ assets, trading OTC forex is 100% virtual and mostly speculative in a complex way.