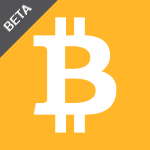 They have been talking about bitcoin, and now the digital currency finally makes its appearance on eToro’s OpenBook platform. One of the first firms to be discussing bitcoins, as well as its CEO, Yoni Assia being an early adopter and backer of startups in the space, eToro has quietly added trading in bitcoin on OpenBook.

Currently in live beta where it is accessible to clients, but not officially launched, the product is part of the firm’s new ‘Stocks’ product line. Similar to other stock products at eToro, bitcoin will not be available for intraday trading, with purchases and sales taking place once a day at existing market prices. Similar to mutual funds, eToro’s equity offerings also provide fractional purchases of shares; thus allowing users, for example, to buy $100 worth of a stock or bitcoin. However, unlike stocks which are charged a 0.1% transaction fee, bitcoin is subject to 1.0% commissions on trades.

In terms of when bitcoin will officially be launched, as well as opportunities for bitcoin deposits, Forex Magnates reached out to eToro representatives, who were unable to comment due to the product not having been officially launched.

In terms of trading, the eToro stock adds a new element to synthetic offerings which includes CFDs and binary option products. However, unlike those products, where the majority of broker offerings are limited by contract expirations, eToro’s bitcoin stock is aimed at longer- term investing.

Does a stock version that is integrated with a broker’s overall product offerings make sense for bitcoins as it provides investing diversity? Or is trading actual bitcoins superior? Let us know what you think in the comments.