The Fortress Prime saga which unfolded over the past year just got closer to a conclusion with the arrest of Hamed Ahmed Elbarki/Mokhtar. The controversial majority shareholder on the FBI’s most wanted list has been apprehended by local authorities in the United Arab Emirates, multiple sources with knowledge of the matter have confirmed to Finance Magnates.

Fortress Prime made headlines about a year ago after its clients faced delays in the processing of their withdrawal requests. Eventually the company wound down its business after promising big clients an initial payment of $0.25 on the dollar, an amount which the clients of the brokerage have not yet received.

With the majority shareholder of Fortress Prime in custody, the legal case against him is likely to be further backed up by evidence from Interpol and the Federal Bureau of Investigations which have both been on the lookout for Hamed Ahmed Elbarki/Mokhtar for years.

Finance Magnates exposed earlier this year that the majority shareholder of Fortress Prime Hamed Ahmed Mokhtar Hamed Mohamed has the same date of birth as the FBI/Interpol wanted criminal Hamed Ahmed Elbarki. The individual was in possession of both an Egyptian and a U.S. passport before ending up in custody of UAE authorities.

According to the FBI’s official document which is listed on the website of the U.S. authority he has been involved in securities fraud and wire fraud.

Fortress Prime on-boarded many institutional clients including a number of brokerages, to whom the firm has promised to clear their trades. After numerous withdrawal attempts by the customers were rejected, the company abruptly stopped its services. 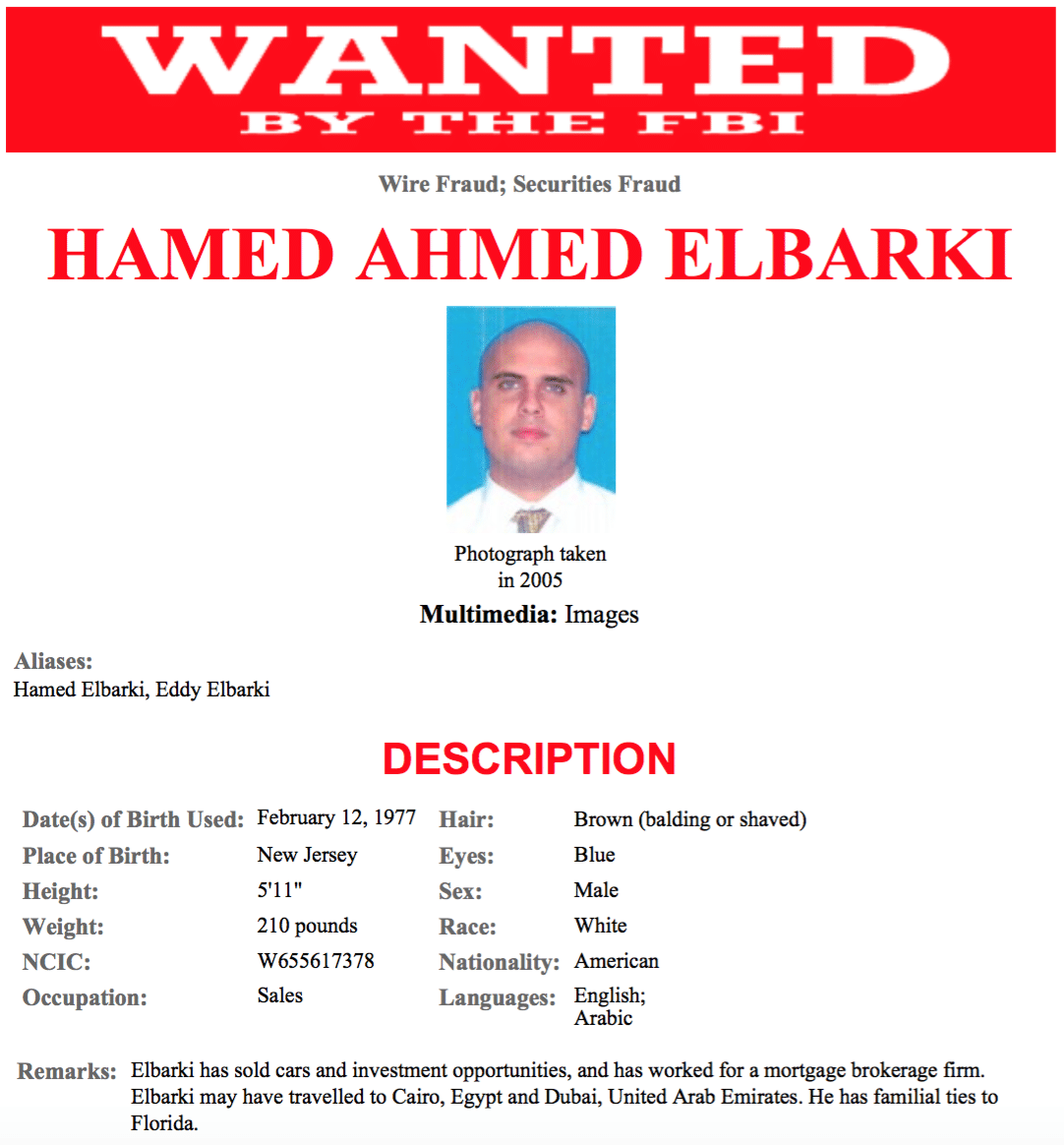 wait, didn’t Leaprate tell the “real story” a while back claiming it’s all good there at Fortress Prime? 😉
https://www.leaprate.com/2016/02/fortress-prime-still-in-business/

Haha LoL again that “real story” made me laugh. Hilarious

I wouldn’t say you exposed him as being wanted by the FBI since you were around 7-10 months later than several of your readers who discovered this fact.

lol , wheere is Mitch is he the next one? or he is still free? who is responsible for our money now?

what about the other criminal Mitch Eaglstein? when is he getting arrested and thrown in jail?

Mitch Eaglstein is too intellectual to be caught. He will be simply ignored by the FX industry for life-time. That´s for egocentric Mitch an even worse verdict than a simplistic arrest…;=))))

He is again doing something… LOL

Here is the thing…The truth about one of the directors as being exposed as wanted by the FBI has been old news for ages! Mitch Eaglestein was the CEO of Fortress Prime, HOW IS HE NOT ACCOUNTABLE? How has he not been arrested? Intellectual or not Bud, a crime is a crime. It is way too easy to put all the blame on an ex-convict…authorities should be looking into Mitch, who was again the damn CEO!

Bud Spencer – I doubt mitch will be ignored by the FX industry for life. he just launched a new firm ‘Forex Development Corporation’ out of Tel Aviv. Hiding in plain site..

Mitch is not being ignored by the FX industry. He simply went and launched a new company with ties to his “team” of those previously employed by Fortress Prime. This guy needs to be stopped. Boston Technologies went bankrupt under his leadership, then Fortress Prime, and now he launches his own company??????? Someone needs to dig deep and find the truth. Period.

Mitch has set up new company ! where is clients funds seems he is the one who has all monies. Finance magnate its better to stop protecting him , please investigate on his back ground and what he did to other companies instead publishing unethical article to defend him.

What is the latest with this situation?

dear all is there any update about this case