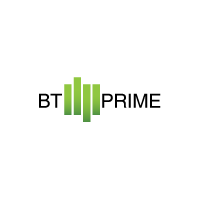 Following Alpari UK, the repercussions of the Swiss franc debacle continue to be felt across the foreign exchange industry. According to information obtained by Forex Magnates’ reporters confirmed with a company representative, Boston Prime and BT Prime are entering into bankruptcy proceedings.

Traders were informed earlier today that their open positions will be closed and that they should await further information about their accounts with the companies. According to information confirmed by a Boston Technologies representative, the current situation is closely related to the events unfolding in the immediate aftermath of the removal of the Swiss franc floor.

According to information obtained by Forex Magnates’ reporters, the company’s monthly turnover has allegedly been between 15 and 20 yards per month.

Earlier today, Forex Magnates reported that the firm has been experiencing financial difficulties. The latest development essentially puts an end to the speculation, revealing that Boston Technologies is identifying a receiver and its clients will be getting receiver contacts for further actions related to their accounts.

The Swiss franc debacle is on track to change the landscape across the foreign exchange trading industry with various players registering massive losses in the aftermath of the black swan event, while a number of firms have been looking into acquiring new business.

In an email to its clients, BT Prime has cited the refusal of some of its clients to repay negative account balances as the primary reason it has contacted the Financial Conduct Authority (FCA) informing it about its insolvency.

Share this article
Tags: Bankruptcy / brokers
Got a news tip? Let Us Know

Few clients for Forex Magnates to sell their quarterly report!!

Every one is taking a hit…FM is no exception

Many white labels will start to fall as well, who is next ?
Fxpro ? Not sure

Figures….Popescu should be nominated as the worst CEO of all time.

What exactly does this mean to people that have accounts with boston prime?

“revealing that Boston Technologies is identifying a receiver and its clients will be getting receiver contacts for further actions related to their accounts.”

Part of the blame lies with some of the regulators for not allowing hedging in some people’s accounts. Shame on the regulators for hindering clients risk management abilities. And the SNB should be held accountable for lying to the public and doing a 180. After all, if an accounting firm or a company CEO lied to the investing public about their books they would be prosecuted. Same should happen to the SNB leadership and any central banks that blatantly lies to the public about their intentions.

@John. Why "hedge" instead of go flat? It's cheaper to go flat. I never understood this.

Mike:
According to the CySEC report, only $48 mln. was lost amongst 24 different brokers. Wouldn’t FxPro facing insolvency, mean that the lost amount would be much larger?

As a former employee I can tell you that Boston Technologies and BT Prime are essentially the same company. On paper they look different by where the company is “located” and the bank account numbers used but for my duration with the company, they operated out of the same office inside the US. Should have been CFTC/NFA registered but wasn’t. I cannot confirm or deny how money was transferred between companies when they were low but from what I saw, it wasn’t on the up-and-up.

Karma is a suka.

Big brokerage will suffer.. and this is bad for traders too. What about banks operated like Saxo or swissquote?? These aren’t small losses. This is not business as usual. Accountancy, capital requirement, leverage are to be reviewed

CFH clearing is not in danger , i doubt

@Michael
My sources say, because of their agency model, they lost c. $30 mln.

And they are not FXCM, Saxo or IG.

At the root of this Boston had been acquired by FXDD few months ago so all having an account with FXDD should think hard about making withdrawal of funds and who also suffered losses in the operation of the SNB. After seeing fall to FXCM, Alpari, IG, Boston and do not forget that Boston is a major supplier of private label soon so I think we’ll see another bunch of small brokers closing, one can not know who is wrong.

another one bites the dust.

A forensic accounting examination of the BT related companies would be very entertaining.