Evolving its operations, social trading broker, eToro has announced the launch of stock trading on its network, which adds the asset to its existing forex, commodities, and indices offerings. Providing users flexibility, stocks will be available for purchase based on fractional dollar amounts, rather than based on shares. As a result, customers will have the ability to invest in equal amounts among stocks whose shares have difference values. In its initial launch, eToro has made 60 stocks available for trading, of which virtually all of them are large US firms.  The equity offering will also be different from other assets as they aren’t tradable intraday, with buying and selling transacted once a day; thus comparing the investing in mutual funds. 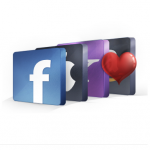 The stock launch is part of a series of steady activity from the broker, which last month secured licensing from the UK FCA, as well as changing the broker partner for their US based IB operations. Learning more about the current state of affairs at eToro, Forex Magnates spoke with CEO Yoni Assia as well as other company representatives earlier this week. In regards to the UK, we learned that eToro is in the midst of moving its compliance and dealing operations to their new London office, as they have become an FCA regulated firm. Assia explained to us that in addition to logistics, working with the FCA also has led to increased transparency with the firm reporting more information about account and performance data to both regulators and to third parties. He added that in addition to dealing and compliance, eToro is in the midst of building a research team in London that will focus on analyzing the profitability of users and creating tools to help customers with their following.

In launching stocks, eToro hopes to create a system where investors will be able to base their trading opinions on the social sentiment of users towards different companies. Assia envisioned that by viewing ownership levels and analyzing the network’s opinions versus different stock, investors will have an understanding of the demand for any given company’s shares. He explained that “social data is out there and in my opinion is an important data point to look at. For example, if you have 10,000 people who own McDonalds stock, they are the evangelists and very connected to the brand. They represent a global and diversified community from around the world, and their opinions about McDonalds the company is important. Even though they have a bias because they own the stock, being large enough of a community, they can affect the company.” Assia added that “transparent decision making provides a clearer understanding of the market.”

This theory was echoed by Nadav Avidan, PR and Communications Manager at eToro, who explained that when the broker was internally testing the product, he saw cases where users felt uncomfortable owning stocks that they had a negative opinion of the company, and wouldn’t want their ownership to be public on the network. Avidan brought an example that “we were testing buying and selling stocks, and I realized that if I didn’t believe in the company, I wouldn’t want to own the stock and have that broadcasted on the social network.” As a result, eToro believes that combining investor sentiment with social transparency will provide a clearer opinion of how positive or negative the market is towards a company. Using this information, investors will be able to gauge future demand for the stock, and apply that knowledge in their trading.

When discussing crowdsourced data, Assia admitted that it is presently far from an exact science as he said “What is predicting what? Is the network following the trend, or leading it”. However, he added that the data is there and it comes down to understanding how to analyze it. He gave an example of negativity on their social network towards Apple after the iPhone 5 was announced, which followed a long downtrend in Apple shares versus gains in Google.

Overall, while integrating stocks within the social network, could offer new tools for users to become better traders. Specifically among stocks, which are more often a longer term holding than forex and commodities, the product could become an appealing option for investors. Looking ahead, the question we have is whether eToro’s social stock network can reach the US? Unlike other countries around the globe, trading is the US is dominated by equities, with forex interest barely hitting the radar of average investors. However, other than the advent of discount online brokers and the emergence of ETFs as a replacement for mutual funds, there hasn’t much in terms of disruptive innovation in the sector over the past 20 years.

But, that has begun to slowly change as firms have begun to evaluate how they can use emerging trends in technology to create changes. Examples include StockTwits merging of social networks and stock forums into one, as well as Wealthfront’s new approach to long term asset management. As a result, the country could be ripe for eToro to introduce their version of social stock trading. However, without the ability to issue CFDs which are banned in the US, hurdles remain high on efficient ways to implement such a product.