According to an annual report from the group, 2013 showed strong financial results and continued organic growth for Dukascopy Bank.

Client deposits increased by 13.2%, which led to higher trading volume and higher income in 2013 compared to the previous year. These favourable conditions combined with a controlled increase of operating expenses improved gross by 23.4% and net profits by 31.2% over 2012. The company stated that the profits will be retained so as to build up the Bank’s financing and solvency.

Alain Broyon, the CEO of Dukascopy, commented on the annual report: “Our business model linked to ultra-competitive spreads has set industry standards and is appreciated by our retail clients who have increased by 30%. The retail numbers, however, show just part of Dukascopy’s success; new institutional clients as far afield as Japan, Hong Kong, Australia, Russia and Turkey have joined Dukascopy White Labelling program, proving its international reputation.” He added that the company increased membership of  the Dukascopy community to more than 50,000 members and further increased its visibility through the the Dukascopy TV channel. 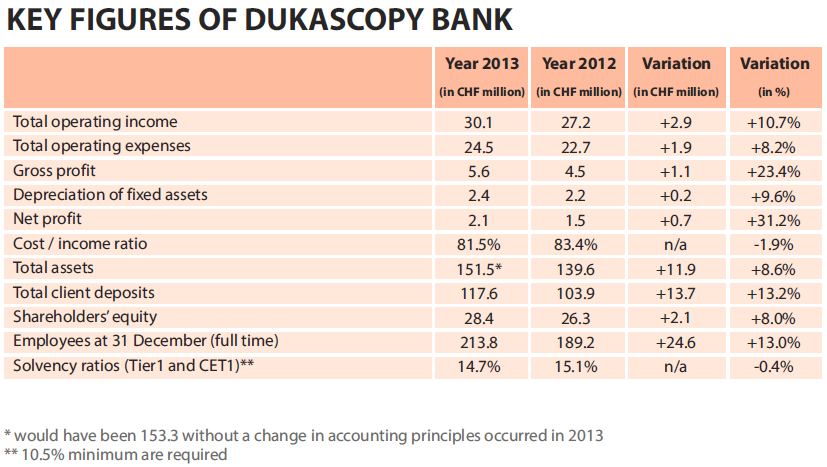