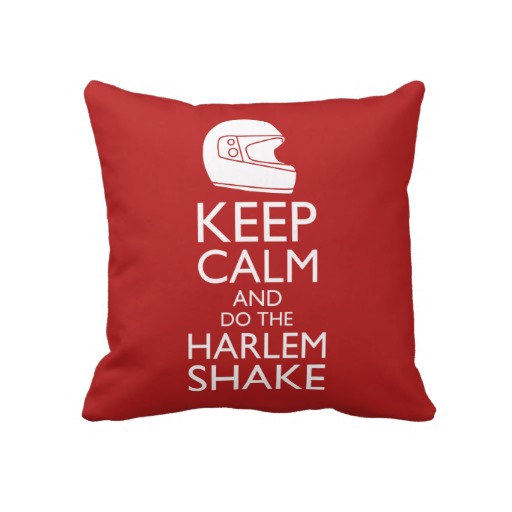 Creativity and innovation are the key ingredients in a successful marketing campaign, that’s what the marketing gurus love to ‘holla’ at us. Not forgetting the endless brainstorming sessions in the boardroom to generate ideas. Well here’s one directly from the shop floor. cTrader’s version of the Harlem Shake!

With the FX markets suffering as the product hits maturity and a recent downward shift in trading volumes. A Cyprus based technology firm, Spotware Systems (cTrader), adds a pinch of humour to the serious world of financial markets by participating in the popular Harlem Shake.

With the pressure to succeed in the congested platform space, one of the firms developers, George Moschoviti, was scratching his head while over-dosing on coffee and thought of; Forex = innovation = Harlem Shake!

“I so happened to pass George’s desk and saw what he was doing, it was an instant hit” said Ilya Holeu, Head of Sales and Marketing of Spotware Systems.

Spotware Systems (developed cTrader) is a development firm based in Cyprus, its trading platform aims to bridge the gap between the retail and institutional environment by offering a state of the art trading solutions on its ECN trading terminal. “we’re all about innovation” adds Ilya.

Harlem Shake is a comedy dance that exploded on the internet; it’s called an internet meme – something that gets popular via the internet. The Harlem Shake shares similarities with the growth of FX trading over the last decade. Since the inception of electronic trading in the late 90’s financial markets were revolutionised as products such as FX, CFD, spread betting and binary options took off.

Cost per acquisition rates have been spiking and firms in the FX and CFD markets are exploring new ways to enter a trader’s mind frame. The marriage between comedy and trading is a great sign of creativity.

Mark Mathieu, a broker at Tradenext says “this is funny” with a relatively large smile as he watches the Harlem Shake cTrader style!

Sid Shah, Managing Director of Sniro a web development consulting firm in London says “it’s great who ever made it, it’s nice creativity and good thinking”.

Andrey Pavlov, CEO of Spotware Systems says “Harlem Shake in a trading platform? Cool. Finally we get to laugh about something other than users requesting a withdrawal from a demo account. But personally I am more excited about the recent release of Email Alerts, Deal Map and Free Chart Mode in our HTML5 cTrader Web.”

The marketing milestone can be witnessed by simply using cTrader’s web based platform:

The Harlem Shake episode has seen more than 4,000 videos uploaded on to youtube with the dance being performed. Even celebrities have caught up on the act; NBA legend Shaquille O’Neal was seen performing the Shake in a locker room.

The Harlem Shake hasn’t been fun and glory for all; a team of Australian miners were sacked for performing the dance at work. A report in the ‘West Australian newspaper’ stated that the miners lost their six-figure salaries over the stunt in the Agnew Gold Mine last week.

Going viral on social media can be tricky, at least for cTrader they expect to see an influx of demo accounts.

Share this article
Tags: brokers / ctrader
Got a news tip? Let Us Know

It’s true that cTrader originates from Cyprus, but with the change of name (from cTrader to Spotware) they also became London-based.

We have changed our umbrella brand from cTrader to Spotware Systems, simply because our main product is called cTrader – so there was constant confusion between the product and company. Feel free to call us either way.

Our HQs are in Cyprus(where we have our development done from with roughly 65+ people), however our Business Development office is in the City in the UK.

Hope you liked the HTML5 showcase.

I stand corrected, then.

Hahahaha, that was really funny!

really funny and nice I was bored looking at chart’s and numbers all the time….

you have to login to the website, no one has uploaded the video yet