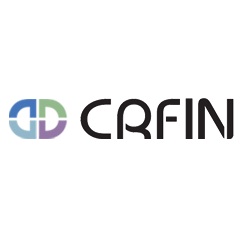 Last week the Russian duma published the latest version of the draft bill which is going to be voted on tomorrow.The self-regulatory body of the foreign exchange industry in the country has issued a statement elaborating on the effects of the legislation.

Representatives of Russian forex dealers, investment houses and banks have concluded that despite some tough regulatory implications, such as a cap on the margin ratio to 1:50, the current version of the bill is broadly positive.

The proposed text could lead to the anticipated conclusion to the long awaited saga of Russian forex regulation, with parliamentary discussion surrounding the legislative process nearing its third year.

According to members of the self-regulatory body CRFIN, a number of pending issues have been solved by the current version of the Russian forex regulation bill, such as the establishment of a legal definition of a forex dealer, legislative protection of market participants, taxation and the potential filtering of the market from questionable entities allegedly providing foreign exchange trading services.

The Russian self-regulatory body’s managing director, Vadim Vinogradov, highlighted after the discussion, “The meeting outlined some concerns by professional market participants about the excessive norms of proposed regulation, however according to our views, the practices from other regulatory jurisdictions demonstrate that exceptional care in relation to relatively new financial products is warranted, especially in the case when retail traders are concerned.”

“In the view of our organization, we believe that the current bill is an achievement. While it remains clear that the bill needs to be polished, particularly in relation to the assets offered (no CFDs are allowed in the current version of the bill) and margin requirements, these are matters which the community needs to discuss with the regulator,” he concluded.

Almost all major players on the Russian market have participated in the CRFIN discussion, including foreign companies such as FxPro and Dukascopy, side by side with major Russian brokers.