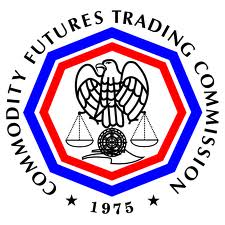 On March 14, 2013, the Honorable Philip A. Brimmer of the U.S. District Court of Colorado entered a Consent Order for Permanent Injunction against Trimble requiring him to pay $887,399 in restitution and a $400,000 civil monetary penalty to settle the CFTC’s charges against him.

That Order also permanently bans Trimble from engaging in any commodity-related activity, including trading and registering with the CFTC, and prohibits him from violating the anti-fraud provisions of the Commodity Exchange Act, as charged.

On January 28, 2013, Judge Brimmer also entered an Order for Default Judgment and Permanent Injunction against Capstone and Beekeepers that requires the two companies to pay a total of more than $885,000 in restitution to victims of the fraud, and a total of more than $1.3 million in civil monetary penalties.

The Order also permanently bans Capstone and Beekeepers from engaging in any commodity-related activity, including trading and registering with the CFTC, and prohibits the companies from violating the anti-fraud provisions of the Commodity Exchange Act, as charged.

Specifically, the CFTC’s 2011 enforcement action against Trimble, Capstone, and Beekeepers charged them with fraudulently soliciting and accepting more than $1.1 million from customers to trade forex through pooled and managed trading accounts using an automated forex trading system called the “Gladiator system.”

The Complaint further alleged that Trimble, Capstone, and Beekeepers made false representations to customers regarding their trading success and misappropriated approximately $441,000 of customer funds and used the money for gambling at Las Vegas casinos and for Trimble’s personal expenses.