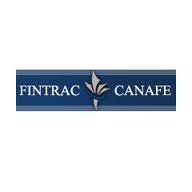 Financial Transactions and Reports Analysis Centre of Canada (FINTRAC), a government organization that reports to Canada’s ministry of finance, has found Questrade, a domestic financial services firm guilty of negligence in relation to serious principles in the way it deals with money laundering. As a result, FINTRAC enforced a financial penalty in 2011 to the multi-asset discount broker.

FINTRAC, a government organization, was set up in 2000 to specifically tackle money laundering and terrorist financing related crimes. Canada has a range of financial regulators for brokers, banks and fund managers operating in the financial markets arena. Questrade is a member of the Investment Industry Regulatory Organization of Canada, a self-regulatory organization which oversees all investment dealers.

During FINTRAC’s investigations, Questrade was found to have poor systems and controls in its compliance and anti-money laundering procedures. The major issues according to the briefing issues were: