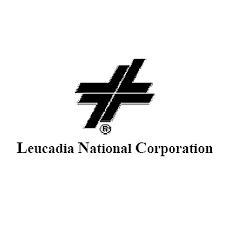 FXCM has received financing by holding firm, Leucadia National, according to media reports. The troubled FX and CFD broker reported losses on the back of the Swiss Franc crisis, thus putting the vulnerable forex broking sector in unwanted stress.

CNBC reported that Leucadia National invested $300 million cash in listed broker-dealer in exchange for $250 million in two-year senior secured notes with a 10% coupon.

It adds that if FXCM is sold, Leucadia will get 75 percent of the proceeds. The news comes as a sigh of relief for industry participants who were on the edge after Alpari UK became insolvent.

FXCM issued a note on the 15th of January late last night, informing the market that it had also suffered heavily during the CHF crisis, the firm joined fellow listed CFD provider, IG, who was the first broker to issue a note about heavy losses.

Forex Magnates reported that FXCM was in discussion with Jefferies, a subsidiary of Leucadia National. Leucadia is a publicly traded firm that has a number of firms under its portfolio. FXCM becomes the second financial services firm as it expands its business.

FXCM’s CEO Drew Niv is reported to have issued a statement, according to CNCB, he stated: “Leucadia’s support and this financing are by far the best alternative for FXCM, our customers, our shareholders, and all other relevant constituencies.”

Richard B. Handler, Chief Executive Officer, and Brian P. Friedman, President of Leucadia, commented in a statement: “We are pleased to have been able to provide this critical financing to FXCM that is designed to maintain FXCM’s financial strength and allow it to prosper going forward. We believe this is an attractive investment for Leucadia and we look forward to a mutually beneficial relationship with FXCM management. We want to thank the entire FXCM team, with whom Leucadia and Jefferies worked over the past approximately 36 hours to achieve this solution for FXCM.”

Will Drew survive this? Seeing that most of his direct competitors are whole (more or less), this constitutes an colossal fk-up.

Who is this fund that stepped in to hand 300mio without thinking to a company that has been wiped out? Worth looking into forexmagnates. For months you have been dealing with usless gossip about Cyprus companies. Time for you to do some digging into this FXCM affair and show us how good journalists you are, if u r… Rumours about FXCM being a big b book hidden behind a supposedly “no dealing desk” model were well known to the market… Then again Drew Niv has been your top speaker at your IFX conferences so you may not want to piss… Read more »

Who is Jefferies? You may want to use google, it’s a good resource. You pretty much exposed how little you know by leading with that statement. Think about this example. You own a large broker. Your EURCHF position grows due to the CHF carry trade, so you start laying off risk with your counter parties (or you are STP and 100% is covered). SNB removes the Euro peg. CHF rallies 30%. Banks and liquidity providers pull their feeds. No pricing is available. You now have clients with large losing positions that can’t be liquidated. Prices come back up. All of… Read more »

Greetings hvj – Tradency has obtained the licence precisely to avoid putting trade leaders in the position to obtain permission from Japanese regulatory authorities for giving advice to their followers.

Greetings hvj – Tradency has obtained the licence precisely to avoid putting trade leaders in the position to obtain permission from Japanese regulatory authorities for giving advice to their followers.

Tickmill acquired retail business of Armada Markets in 2014. As they estimated in public reports the 2014 netpro to come in around $3-4 mill then I’d guess the value of the deal was somewhere around $5-10 mill. And they are still on the acquisition mode (http://www.tickmill.com/company-news/tickmill-seeking-acquire-client-portfolios-fx-brokers/). This was a good deal for the acquirer. IG is also interested to acquire stuff as evidenced here: http://leaprate.com/2015/01/exclusive-ig-group-looking-to-buy-forex-brokers/ The $300 mill Jeffreys transaction with FXCM seems not only panic deal from FXCM but also from Jeffreys who was one of the LPs and prime brokers for FXCM. Without the deal Jeffreys would have… Read more »

@FXiest I did dig deeper FXCM arrogant buddy. I remember when the haircut happened in Cyprus you were piling up on people when they were down. You don’t like it now ahh? No investor lost money back then and no company went down. You guys have the fiercest regulation and you look down on Cyprus companies when everyone knows that you are the biggest bucket shop of them all. FXCM has no future after this move. Its gone, wiped out, caput! Hasta la vista baby!

@FXiest Leucadia just bet $300M that FXCM has a future. As much as I like your Terminator 2 quote, I think it’s out of place here 🙂