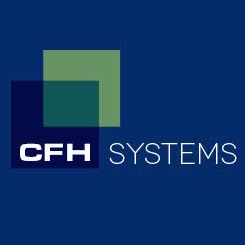 According to an announcement made by CFH Systems, the company is about to reshape the internet access for companies and traders based in China. The firm has partnered with China Unicom, entering into a direct internet peering agreement.

The move will secure clients of CFH a fast and reliable connection between China and Europe.

The new solution will be live in April, with dedicated fibre channels linking London with Beijing, leading to effectively bridging the FX liquidity of London with mainland China.

Meanwhile, CFH Clearing has moved its datacenter presence from Copenhagen to London. The firm moved its matching, order and execution systems to Equinox LD4, which is widely known in the industry as the FX datacenter, due to the amount of companies which have collocated their systems there.

The company previously hosted almost 100 servers in Interxion in Copenhagen. The move reduced internal system latency to all major liquidity providers from 14ms to below 1ms for providers hosted inside LD4, while all clients co-hosting in LD4 can get the same low latency.

CFH Clearing’s CEO Lars Holst, commented in the announcement, “By making a huge investment in the latest hardware technology in processing, storage and advanced networks, we can provide clients with optimal execution and even more reliability.”

“Our goal was to deliver trading power from the heart of FX without compromise and we are now fully operational, available for cross connecting to brokers and liquidity providers from two locations within LD4. This, combined with our connectivity enhancements in China, puts CFH at the forefront of the industry, providing a market leading offering to our clients,” he explained.

Forex Magnates’ reporters spoke to the Chief Investment Officer of CFH Systems, Ole Rossing, for more insight into what issues had prompted the company to launch the direct internet access service.

He explained that the company started to explore its options after Chinese clients from the south, namely from Hong Kong, Guangzhou & Shanghai complained about latency issues. The routes were so bad that they experienced delays of up to 4 seconds. In some cases, data travelled from Copenhagen to Los Angeles via Amsterdam and then over the Pacific into Hong Kong.

In other occurrences, predominantly with smaller cities, the DNS names of the servers of CFH could not be resolved. Trading systems could connect to some areas only through a single internet provider.

To tackle the issues the company was presented with, it started with the DNS problems. CFH Systems contracted a highly professional company with the right technology around the world and since December DNS issues for Chinese clients have been resolved.

By partnering up with China Unicom, CFH Systems tackled the second major issue, that of latency. Initial measurements on the line show latency well below 200ms to central areas in China, and once clients are on the new highway, there should be no packet loss or fluctuations in the quality.

Mr. Rossing explained that the company was prepared to add more lines in case of new data loss issues.

Share this article
Tags: latency
Got a news tip? Let Us Know

Would anybody from FM enlighten us how much business/volume CFH is doing monthly? I always had the feeling that their spreads are not competitive and are far away from what I would expect a true player should offer?

Even Tier3 retailers are offering better spreads than they do.

An odd story – both their PB’s have dumped them and I hear they are now looking to Jeffries.

Also anyone on Fxpro for losing Deutsche Bank as their Prime Broker after the SNB due to inability to cover the collateral.

I can confirm this. A lot has changed there since the SNB intervention with more and more rumours flying around like looking to raise capital…

Perhaps someone else could give more insight to this.

I’ve heard this about Fxpro as well but i hear a lot about different brokers lately especially after the Swiss, so i don’t know what to believe and for whom.

One thing certain though, fixed spreads and agency cannot go together.