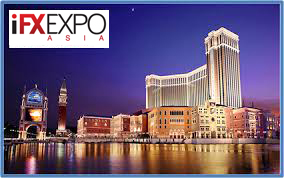 As the financial world began to readily accept Bitcoin (BTC) as a viable and legitimate currency, interest among FX firms to offer it as a tradable instrument gained momentum, with certain retail FX providers throwing caution to the wind in terms of the high risk involved due to volatility which resulted in values of the virtual currency ranging from $70 to one BTC, to over $1,000 to one BTC in the twilight weeks of 2013.

As the financial community is beginning to extend a warm welcome to Bitcoin around the world, the future of the virtual currency is becoming a subject of debate among senior financial sector CEOs at panel discussions at prestigious international conferences, with last week’s iFX EXPO having been a highly interesting case in point.

Soon after the two day event which gathered international FX industry leaders had commenced, a discussion panel consisting of such exalted company as Tamas Szabo, IG Group’s Regional Head for Asia-Pacific, Steven Reiter, CEO of Sentry Derivatives and Avtar Sandhu, Senior Commodities Manager at Singaporean giant Phillip Futures turned quickly turned to the subject of Bitcoin when debating as to what they view as the next big trading product in Asia.

A very interesting topic of discussion, especially bearing in mind China’s attempts to discourage the population within the tightly controlled yet highly valuable target market for electronic trading companies based in free market economies across the globe.

Can BTC Rival Gold With No Physical Backing?

The debate regarding Bitcoin was a crowd-pleaser as China’s main Bitcoin exchange has reported some of the highest trading volumes despite the increasing governmental disapproval and subsequent banning of the acceptance of deposits from payment firms to Bitcoin exchanges under the vice-like grip of its jurisdiction.

Mr. Szabo raised his concerns about the future of a currency that is not government-backed, considering it lackluster and therefore to be approached with trepidation.

During this lively debate, a comparison was made between Bitcoin and the gold market, however, Mr. Sandhu stated the fundamental difference: “Gold is physically backed, and in Asia it is used as an investment product, you buy it, keep it and store it.”

Whilst these particular conglomerates have begun to share their opinions on the viability of offering Bitcoin, none of them have yet added it to the list of available instruments on their respective platforms. Thus far, this position has been spearheaded by some of the more gung-ho firms such as Markets.com, Ava and Plus500, the latter of which rapidly adapted its trading terms subsequent to launching BTC in order to cope with risk management teething troubles.

Whilst the participants in the lively discussion demonstrated that Bitcoin-related thought is being circulated within the boardrooms of some of the largest FX firms on the technology and brokerage sides of the business, none of the firms represented by the panelists have yet to take it up, however the mere notion that it is being talked about energetically by senior executives during a debate on the next big trading product in Asia is testimony to Bitcoin’s potentially powerful future presence.