As the legitimization of virtual currency gains traction worldwide, German internet based bank Fidor Bank yesterday formed a strategic partnership with bitcoin.de to offer customers the ability to operate a Bitcoin-based bank account.

Oliver Flaskamper, Managing Director of Bitcoin Deutschland GmbH (bitcoin.de) posted a statement on the firm’s website yesterday in which he leveled at dissenters of virtual currency whom according to Mr. Flaskamper “smiled at the digital currency and considered it internet play money”.

Mr. Flaskamper believes that the virtual currency is becoming accepted as a genuine alternative to fiat currency at the moment more so than ever before, a viewpoint which is certainly borne out by the exponential increases in worldwide Bitcoin hashrates that have occurred over just the last two to three months. 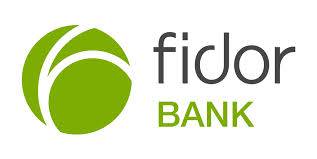 Hashrates since the virtual currency was introduced four years ago had remained relatively constant until earlier this year when the sudden upward direction occurred, coinciding with the Cypriot banking crisis in which depositors took a haircut on their own money of up to 60% as it was internalized by the now-defunct Bank of Cyprus and Cyprus Popular Bank (Laiki Bank).

At the time of the banking crisis, Bitcoin values rose to around 155 to the dollar during that period, peaking at 266 to the dollar at one point.

“In the context of this cooperation with Fidor Bank, in the weeks to come, our customers will be given the opportunity to trade on bitcoin.de in near real-time using a free FidorPay giro account. This is due to demand from our customer base of over 70,000 in Europe”, continued Mr. Flaskämper.

While customers of foreign Bitcoin exchanges generally transfer their money to foreign company accounts that are not protected in the event of insolvency, the monies of bitcoin.de’s customers have always been deposited in their own bank accounts that are covered by the EU deposit guarantee in the amount of 100,000 euros per customer and account. “In addition, bitcoin.de customers appreciate a European point of contact”, added Mr. Flaskämper.

Germany is home to a particularly high number of Bitcoin users, with Berlin a veritable center for virtual currency activity. With a move such as this by Fidor Bank, which, as a financial institution, can back its customers against insolvency yet still provide them with the borderless decentralized currency, it will be a point of interest as to how many other financial institutions follow suit.

Share this article
Tags: bitcoin / germany
Got a news tip? Let Us Know