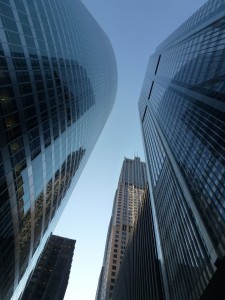 The amount of total retail forex obligations held at US Futures Commission Merchants (FCM) that act as Retail Foreign Exchange Dealers (RFED) was little changed from July to August 2013.

According to a CFTC report published for selected FCM data, a drop of roughly one-eighth of a percent from $629.7 million to $628.9 million occurred during the period, when combining the retail forex obligations held by the 11 dealers reporting at the end of August.

From the eleven registered RFEDs in the August list below, there was a gross increase of $5.52 million from seven of the companies and offset by a decrease of $6.31 million from the remaining four which resulted in a net $793K decrease for the combined 11 dealers’ total.

And More Than Little Changed

The total retail forex obligation values are the total amount of funds at a FCM RFED that would be obtained by combining all money, securities and property deposited by a retail forex customer into a retail forex account or accounts, adjusted for the realized and unrealized net profit or loss. This can be seen below in the August diagram.


With regards to the ratio of excess net capital to net capital requirement, Knight Capital Americas LLC comes in first with 17.48 times excess capital to that of the required amount during August, and followed by Interactive Brokers LLC at 5.68 times,  Oanda Corporation at 4.41 times, and Forex Capital Markets LLC at 2.39 times excess capital. The lowest ratio was held by FXDirectDealer LLC at 0.12 times, and the remaining RFEDs were also under a one-to-one ratio (e.g. less than 1.0) except for Gain Capital Group LLC at a ratio of 1.06.

The slight change in August over July data follows the net decrease seen in July over June, when the amount of Retail Forex Obligations held at RFED firms in July had decreased overall, with the exception of Interactive Brokers LLC which had an increase of $9.7 million. That amount partially offset the combined decrease of $15.1 million seen in the remaining 10 firms in July when comparing with June 2013 data.

Comparison To July Over June Data

Forex Magnates has covered on multiple occasions the consolidation of the retail FX Market in the US, which is attributed mainly to regulatory constraints during a time where other jurisdictions are seeing record growth in retail FX. August numbers having little changed may precede a more positive September if amounts can pick-up.

Apparently, the important driver of the future for the US retail FX industry is the repose of how regulators and those who are regulated adapt to uncertainties that lay ahead, ensuring a conducive environment for end customers to easily participate in the world’s most liquid market. This is an obvious, yet incredibly challenging endeavor for both sides as traders watch.