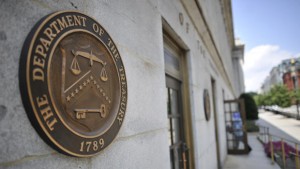 The U.S. Treasury has published its bi-annual assessment of foreign exchange issues including matters concerning the US dollar and its relative value to other currencies. In the report titled ‘Report to Congress on International Economic and Exchange Rate Policies’, the US treasury has not labelled any particular nation as a ‘currency manipulator’ on this occasion as was expected by some market commentators. The last time such a label was attached was in 1994 in relation to China’s artificial weakening of the Yuan in order to obtain a competitive advantage in export markets.

The report states that the US Treasury is “closely monitoring developments in economies where exchange rate adjustment is incomplete and pushing for comprehensive adherence to all G-7 and G-20 commitments”. Regarding China, the report states: “The gradual appreciation of the RMB in July and August and low apparent levels of intervention
indicates some renewed willingness by the authorities to allow a stronger domestic currency and to reduce intervention in line with Strategic & Economic Dialogue (S&ED) commitments”.

The yuan remains “significantly undervalued” the report concluded. The Yuan depreciated by 3.1% between mid-February and mid-April. Since then it has partially recovered, strengthening by 1.9%.

Regarding South Korea, the report says that “given Korea’s sizeable current account surplus, large reserves, and undervalued currency, the Won should be allowed to appreciate further”.

The report also calls on European nations to implement measures that stimulate domestic demand. “Adjustment and demand compression in the euro area periphery has not been matched by accommodative policies in the euro area core” says the report. Adding, “Higher inflation would accelerate healing in Europe’s labor markets and also support rebalancing, as higher domestic inflation in strong countries like Germany would provide more headroom for periphery countries to improve their competitiveness without outright deflation.”

Global foreign-currency reserve accumulation continued to be large in the first half of 2014. Though China appears to have reduced its average monthly increase in reserves in recent months, “intervention was very large last year and Chinese reserves are excessive”. Korea and India have notably increased their pace of reserve accumulation. After losing reserves in 2013, Brazil has resumed a moderate expansion according to the report.

In one of the more hypocritical statements, the Treasury says: “….excessive reserves have both a domestic cost as well as global costs to the extent that they distort the international monetary system”. Distortion of the international monetary system seems to occur only outside of the US despite a plethora of evidence to suggest Federal Reserve, US Treasury and White House political/economic policy has distorted almost every asset class and helped to make the international financial system dependent on low interest rates and public financing to remain solvent.

It is worth noting that the Bank of Japan (BoJ) in tandem with the Japanese Ministry of Finance (MoF) conducted two relatively large and sustained JPY selling interventions in 1993-1995 and 2003–2004. Both bouts did not lead to US Treasury criticism or labelling. The Swiss National Bank (SNB) has been conducting large-scale interventions in EUR/CHF since 2009 and continues to do so in the present day around the 1.20 level.

The Central Bank of Russia (CBR) is currently facing a similar (inverse) problem whereby market forces are driving the currency lower but the central bank is determined to influence the market rate by buying rubles with foreign currency reserves to support it. Although this intervention could be classed as ‘defensive’ because the CBR is trying to maintain a stable rate while SNB and BoJ instances are arguably ‘offensive’ interventions aimed at adjusting the market rate to a more favourable level.

“The dollar is our currency, but your problem”
-John Connally; US Treasury Secretary 1971-1972.

The US conducts monetary policy like it does defence –unilaterally. The Fed has always set monetary policy with US circumstances at the forefront of considerations. The rest of the world responds to the cheap dollar through the tools that best fit domestic circumstances:

Acquiescence: if a stronger currency reduces inflation;
Intervention: if competitiveness is a higher priority;
Interest rate reduction: if the currency is slowing the economy;
Capital controls/transaction taxes: if inflows are still too large;
Jawboning (unofficial political pressure): if the country can do nothing else.

The complete report can be accessed here