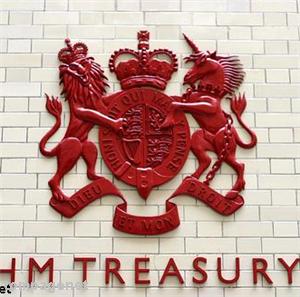 The UK Treasury is considering applying the same criminal consequences that apply to LIBOR rates to other benchmark rates in the financial markets.

The government agency is consulting on extending the new market manipulation legislation onto benchmark rates such as the Sterling Overnight Index Average (SONIA) and Repurchase Overnight Index Average (RONIA) rates. Both are reference rates for overnight index swaps. Other benchmarks considered for inclusion are the WM/Reuters 4pm London Fix, a core foreign exchange benchmark for institutional traders; and ISDAFix, the principal global benchmark for swap rates.

Commodity market benchmarks considered for inclusion are the London Gold Fixing, the LBMA Silver Price rates and the ICE Brent futures contract, the world’s most-traded crude oil future. As with the new LIBOR offences, making false or misleading statements in relation to these rates would carry prison sentences of up to seven years and unlimited fines.

Too Little Too Late?

It is worth noting that both the 4pm London Fix and ISDAFix rates have already been confirmed as being compromised by alarmingly flagrant collusion by senior traders at most of the top ten investment banks in the world. Offences included using online chat rooms to share sensitive quote information and artificially rigging various rates for various commercial and personal benefits.

Although some senior traders have been suspended, including one senior trader at the Bank of England, criminal charges have yet to be brought against any firm or individual relating to market manipulation of any kind. On the flip side, individual cases of insider trading are being prosecuted to the full extent. An impartial observer could be forgiven for thinking that the bigger the scam, the lighter the penalty.

Parallel to the Treasury’s announcement, the Economic Secretary Andrea Leadsom said: “The integrity of the City matters to the economy of Britain.” Adding, “Ensuring that the key rates that underpin financial markets are robust, and that anyone who seeks to manipulate them is subject to the full force of the law, is vital. That’s why the government is determined to deal with abuses, tackle the unacceptable behaviour of the few and ensure that markets are fair for the many who depend on them.”

Bombastic and ironic words to be sure, at a time when the British government is pushing forward with astute austerity measures forced by large-scale bank bailouts. A large portion of those bailouts rescued insolvent firms at a large expense to the taxpayer. Private losses were nationalised and public profits were privatised with the benefits going to the ‘few’ while the costs to ‘many’.

The Fair and Effective Markets Review, a joint initiative by the Treasury, Bank of England and Financial Conduct Authority (FCA), is a key part of the consultation process according to the Treasury with the report’s publication expected in June 2015. The consultation is open for public submissions with the summary: “This consultation seeks views on which additional major financial benchmarks should be brought into the regulatory framework originally implemented for LIBOR.”

Despite the Fair and Effective Markets Review expected to be completed only as late as mid-2015, Her Majesty’s Treasury is committed to enforcing the proposed changes by the end of this year with consultations ending on October 23rd.

To date, not a single employee of any firm has been charged with a criminal offence relating to price fixing of any market, despite dozens of confirmed cases of market manipulation between multiple banks involving dozens of individuals. To what extent this latest proposed extension of legislative powers aids accountability and deters market manipulation among gargantuan financial intermediaries is up for debate.