Investigators representing UK’s Financial Conduct Authority (FCA) might have gotten their hands onto crucial evidence that exposes Bank of England’s (BoE) role in  imploding FX fixing scandal, according to a report by Reuters citing unnamed sources close to the investigation.

As practices of currency dealers sharing key order size information with their competitors have been widely uncovered, some fresh chatroom evidence might be shedding some light on the potential involvement of the Bank of England in the scandal. According to the sources cited by Reuters, a senior FX dealer who attended a meeting at the UK central bank has shared with his colleagues that BoE officials agreed that there were advantages to share client order flow info to minimize volatility around FX fixings.

Apparently, according to some central bank officials, this practice brings volatility down. However, anyone who has traded the foreign exchange markets surrounding the London fix during the past 10 years knows that price swings at that time have been quite substantial, even sometimes extraordinary. 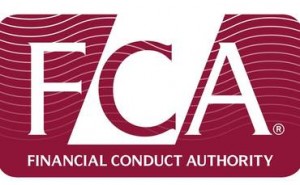 The log from the chatroom dates the information to have been shared between dealers on the 24th of April, 2012. According to the Reuters report both institutions declined to comment – not a big surprise considering the sensitivity of the matter and the ongoing FCA investigation.

Bank of England’s Credibility Is on the Line

The stakes are high, as the credibility of the Bank of England as the official monitor of proper business practices in the UK’s financial markets is put on the line. Recent media reports have outlined the possibility of BoE officials being aware of the acute practices by FX dealers, however they did not voice any concern at the appropriate time.

The first mention of effective collusion, which was dubbed as order information sharing, was uncovered in minutes from a meeting of the Foreign Exchange Joint Standing Committee Chief Dealers’ Subgroup, all the way back in July 2005. According to the document evidence was noted of attempts to move the foreign exchange market around popular fixing times by players who had no interest in the fix, while “fixing business” was becoming “increasingly fraught due to prices behavior.”

Implications to the OTC FX Market Could Be Vast

The issue was dismissed at the time as being largely competitive and the banks’ foreign exchange desks were responsible to address the problem. With the credibility erosion of the UK’s central bank taking centre stage in the foreign exchange manipulation investigation, the over-the-counter (OTC) FX market could be coming under regulatory scrutiny rather soon.

Senior FX analyst at Aite Group, Javier Paz believes that “The fallout from these developing events will very likely dramatically alter (OTC) FX operations in coming years. Discretion and trader communication oversight will be important themes going forward. To begin with, banks will institute their own measures to regulate and curtail dealing activity, both internally and externally. Certain of these measures will completely redraw how OTC traders are able to communicate, what they can and cannot say, and how such activity will be monitored.”