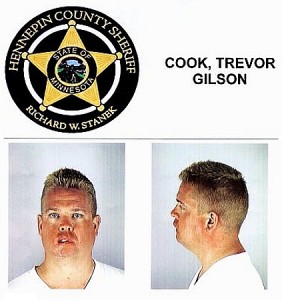 The formerly high-flying trader says he bilked more than 1,000 investors of at least $190 million in a currency fraud – Star Tribune reports.

Minneapolis money manager Trevor Cook, who rose from sports bookie in college to multimillion-dollar commodities trader, choked back tears as he admitted Tuesday in federal court to running an international Ponzi scheme that defrauded more than 1,000 people out of at least $190 million.

Cook, 37, told U.S. District Judge James Rosenbaum in Minneapolis that he placed client money into a Swiss brokerage firm called Crown Forex SA even after he learned in 2008 that the firm was careening toward bankruptcy.

Cook had promised investors double-digit annual returns with no risk if they would participate in a currency investment program that he claimed relied on Islamic banks to forgo interest in the deals. While Cook said he did invest clients’ money in currencies, federal regulators contend the rest of his pitch was fiction.

“I lied to investors about a number of things,” including the claim to have $4 billion in assets under management, he told Rosenbaum.

While this is not going to get investors the money they were defrauded of this does bring this saga to a close. Cook entered into a plea agreement (full document here) pleading guilty to one account of mail fraud and one account of tax evasion. Maximum penalty for this two accounts combined is up to 25 years in prison plus fines.

Quick recap: To those who don’t remember, Crown Forex S.A. was a forex broker based in Switzerland. On 29/05/2009 FINMA closed Crown Forex S.A because of potential liquidity problems. FINMA is investigating the company and its executives. A month later we learned that there was another scandal associated with this broker – a Twin Cities fund manager was charged with scamming his investors for over $190 million, part of which was invested with Crown Forex. This fund manager, Trevor Cook, also appears to have used part of the money to acquire a controlling stake in Crown Forex S.A. Another significant fact that went unnoticed is that the same Trevor Cook appears to own 35% of JDFX – a well known Swiss forex liquidity provider.

Read the rest of the old story here.