Trading activity in on-shore rupee derivatives stumbled in 2013 after regulatory struggles to stabilise the falling currency failed and harsh restrictions were placed to steady the market. The Indian rupee hit record lows against the greenback and regulators waved their ‘Samaritan card’ by enforcing restrictions on margin requirements. However, as the billion plus nation enters election mode, restrictions were lifted in a bid to bolster trading volumes.

July 8th 2013 is a bleak date for India’s currency markets after the Securities Exchange Board of India (SEBI) altered margin requirements, making it costlier to enter positions. As expected, volumes dived, with NSE recording a drop of over 50%. Daily trading volumes for rupee futures in the USD INR contract plunged from $3.4 billion on the 8th of July to $1.6 billion on the 11th of July. However, in the recent reprisal, SEBI’s act of kindness tries to turn-back-the-clocks to pre 8th of July levels, just in time for the elections.

“SEBI couldn’t have timed this treat any better, during the election period volumes are expected to rise but this is the icing on the cake,” explained Amanpreet Kaur, a Dubai based professional in the broking sector, in a comment to Forex Magnates.

The new rulings were implemented on the 15th of April, one week into the voting period of the world’s largest democracy. 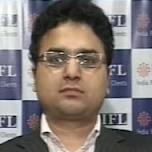 Amar Ambani pictured, ‎Head of Research, IIFL commented in an emailed statement to Forex Magnates: “Easing of restrictions and reduction in margins on dollar rupee derivatives will encourage trading as well as commercial (exporters and importers) participation on the currency market. The restrictions which were imposed in July 2013 adversely impacted trading volumes. However, reversing some of the restrictions will ensure that volume and volatility are back in the market.”

The rupee has recovered dramatically since its record lows in August 2013 where it hit a 20 year low dropping twenty percent in the year.

Currency traders were given a second boost after a senior executive at SEBI made a statement during a speech at an event organised by the Indian Merchants Club last week, the executive discussed the possibility for extended trading hours for futures traders. Currently Indian FX derivatives have limited trading times, on-shore exchanges offer trading from 9am to 5 pm (local time), rupee traders can migrate positions onto the DGCX which operates from 7am to 11 pm (local time).

Currency futures were launched in 2008 as a tool for financial traders and corporations to hedge and manage currency exposure. Margin FX and CFD trading is outlawed in the country however, firms have been operating for several years as they look at mechanisms to target India’s 20 million plus retail investor base. UK based CMC Markets, was one of the first major providers to offer CFDs through a partnership with domestic firm, Reliance Capital. In addition, Alpari was one of the largest FX players setting up a local operation in 2008 in Mumbai. Recently, local media reported that the operation was shut down in March 2014.

Elections and the Rupee

The election hype has fared well for the rupee which recovered significantly ranging near the 60 mark against the dollar. Mohd Naved an Indian FX trader is bullish on the rupees moves during the elections, he said: “Traders like me expect Rupee to appreciate just immediately after the elections for few months. I expect an increase in FIIs participation in Indian market and FDI Cash inflow after the election.”

The main opposition party is the controversial BJP, led by Narendar Modi. Polls show that the BJP is in strong position and it is expected to take centre stage in New Delhi on the 16th of May after results of elections pour in.

Modi is admired by the nation’s business community after his impressive display of economic glory in the state of Gujarat. However, Modi’s popularity comes despite the on-going taboo surrounding his role in the communal genocide of 2002.

Nithin Kamath, Founder and CEO of India’s first discount stock broker, Zerodha, states: “We expect the BJP to do well in the elections with the AAP eating up a considerable share of seats from both Congress and BJP, Rupee which is on a Bullish trajectory currently could test the 57-58 levels post elections. A win for BJP we expect will positively impact the economy.”

India, like its emerging market peers; Brazil, and China had impressive GDP growth figures during the last decade; however the current government is heavily blamed for a significant drop in growth which is below the formidable 5% level since 2012.

Since India’s currency crushed in the summer of 2013, the newly appointed central bank governor has been doing his fair share to ease the situation. Mr Ambani is optimistic in the rupees performance: “improving macroeconomic backdrop (particularly moderating inflation and rising forex reserves) is providing an element of support to the Indian rupee. The market consensus too is tilted towards a further appreciation till 57-58 levels.”

Rupee futures trading on the rise

Since their launch six years ago, FX futures have grown in popularity and are offered by several exchanges in India. NSE is the country’s most liquid venue after rival MCX has been losing its top spot position due to political and operational issues. Newcomer, BSE joined the ranks in Q4 of 2013 and has been gradually positioning itself as a competitor to NSE.

The rupee is traded outside of India as a future and NDF, futures were first launched by the DGCX in 2007, since then others have followed including; the CME and Singapore’s SGX.

“The influx of overseas trading venues will help the gradual liberalisation of the Indian rupee”, explained Farhan Ahmad, market strategist for a London-based broker with a large Indian client base.

Emerging market currency pairs are creeping up the ladder in terms of trading activity, the CNH has joined the top ten most liquid currency pairs. Forex Magnates expects trading volumes in the rupee to grow 4% on a year on ear basis.