FXstat, the rapidly growing forex social network, has announced several new features, the most important of which is Tradebook – which similarly to Currensee and eToro’s networks allows traders to follow other traders mirroring their trades. Tradency and Zulutrade are two large networks offering mirror trading and signal following in a more professional manner, Tradency through its proprietary web-based platform and Zulutrade through its website.

Trade-following is one of the fastest growing features in forex trading today and I argued many times that this can and should become one of the future growth drivers for this maturing market. More professional money management will draw more mature, sophisticated and potentially larger crowd to this market which will soon stop being ‘that thing for retail gamblers’.

Trade-following can be done in two principal manners – first one is to execute a fixed sized position and the second one is to execute a relative to your capital size position. Tradency and Zulutrade offer the former while Currensee the latter. FXstat is actually offering both.

I’ve gone through a web presentation of the new product with FXstat’s CEO Sarmad Daneshmand and can tell you the following:

FXstat is doing this in a different style than others – it doesn’t charge a markup on trades or receives an IB commission (although it is considering this option as well), rather it charges FXstat credits which, once loaded, allow traders to follow other traders until their credits run out. Spread markup is quite expensive at times but are easier to control than credits which require separate calculation (there’s an alert that goes off when your credit fall below certain amount) and additional funding (directly to FXStat), so this model will need to prove itself.

FXstat can connect to any MT4 broker without receiving its permission and thus saves lots of integration time. FXstat also has its own stats publisher which is real-time – no longer you need to wait 5 minutes or so for the MT4 publisher to update your stats – FXstat’s publisher does this almost immediately.

Just like Currensee, FXstat only allows verified account holders (3-4 months of live track record) to apply to become trade leaders. FXstat also tries to tackle the infamous problem of following traders – incompatibility between various brokers, trading styles, execution styles, differing spreads, etc – from a different angle: it filters out trade leaders who have less than 7 pips profit on average. This means that if you follow someone you have a nice error margin before you see that their trading style is incompatible with your own broker.

When asked what differentiates FXstat’s new program from the likes of Currensee and eToro and stat publishing sites like myfxbook Sarmad noted the following:

In general I’m happy with the new player town. More competition means better offering for trading, more options to choose from and of course over time prices coming down (mark-ups, commissions, etc). It’s worth to note though that FXstat has rolled out this feature only now and there’s a need for it to mature and get tested in real conditions before it becomes fully functional and accessible to all users. 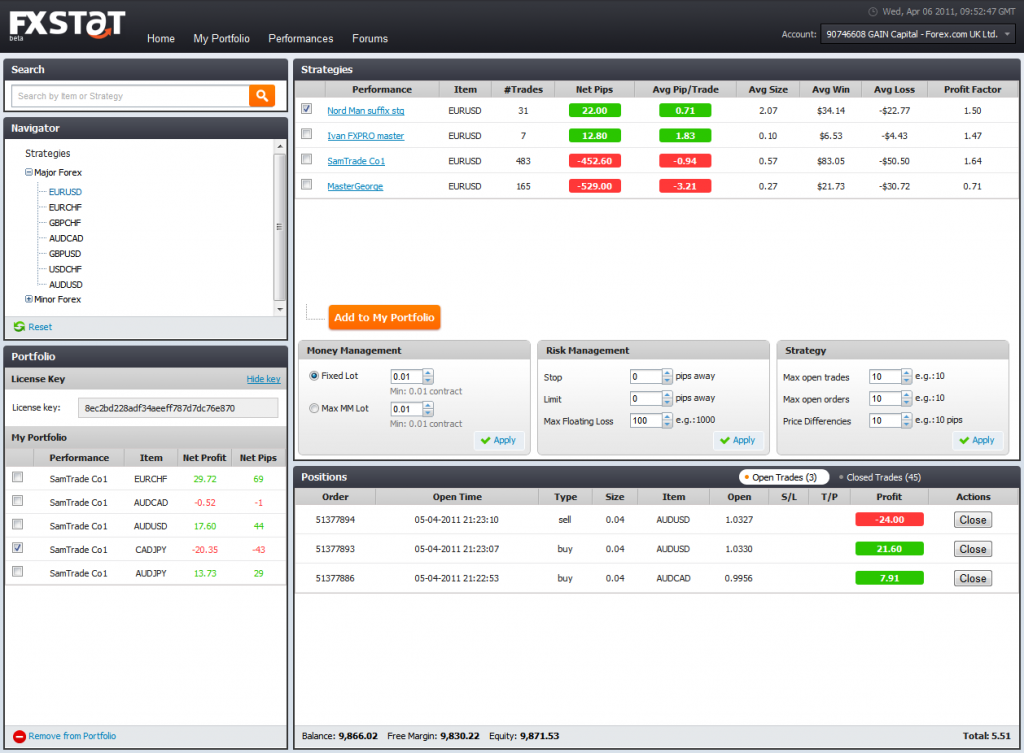 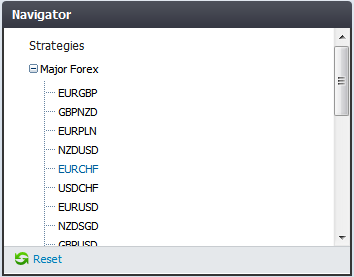 Hi Michael. FXStat looks like an interesting new service. I would like to clarify some points that were stated in error in the comparison of services in your post. Although it is correct to the best of our knowledge that Zulu and Tradency mark-up spreads or add transactions fees to every trade, Currensee does not do this nor do we charge a commission or transaction fee. I assume the FX Stat point system is a commission of sorts which will be charged on top of the spread regardless of whether the customer makes a profit. The Currensee fee is a… Read more »

Hi Dave, Thank you for your comment on the new program offered by fxstat. I am aware that Currensee do not charge commission or spread mark-up on the spread offered by the broker and that they receive rebate from the broker upon referral of clients. I also understand that the extra charges are the 2% annualized service fee and 20% success fee based on net profits generated by your trade leader. Allow me to further explain the new auto trading program offered by fxstat. We do not receive rebate from brokers as we do not introduce clients to the brokers… Read more »

Hi Michael, Thank you for bringing more awareness and focus to not only FXStat, but to the evolving field of online trading analytic services. Please consider myFXbook.com in your research as well and I believe you’ll find a truly leading (free) analytic service for FX traders, who has no need to “filter clients” for their profit. It has, by far, the most analytical depth and transparency of any service out there to date. As it is I’m not a representative of any public services, just a disappointed independent FX trader waiting for myFXbook’s ability to (re)connect with Oanda’s newest Java-based… Read more »