Once again FX investors are seeing the risks of trading on a fixed currency peg. The People’s Bank of China, the Chinese central bank, today set the yuan midpoint against the US dollar, at 1.85% less than yesterday’s closing level, sending the USD/CNY to a high not seen in three years.

China has been suffering from a weakening economy and an apparent loss of public confidence in its equity markets recently. By lowering the costs of buying its manufactured goods, the central bank is giving a boost to all of the important exports industries – drivers of China’s growth for the past three decades.

The central bank is also trying to portray the move as a shift towards a more liberalized exchange rate, saying that it is the first time that market forces have been allowed to determine the fixing rather than the People’s Bank of China itself. It also promises that it was a “one-off depreciation,” but of course that does not mean that more “one-off” events will not occur in the future. 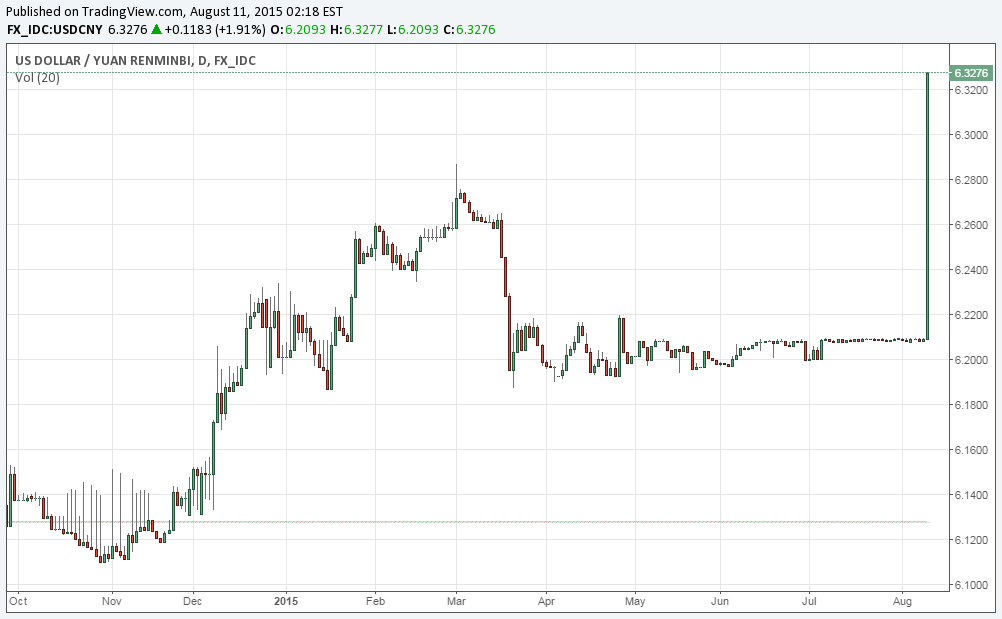 A contrary way to look at it, is a response by the Chinese to an IMF snub to its currency. Last week, the IMF said significant work was required before the yuan could be included in its Special Drawing Rights (SDR) basket. As the yuan is prevented from becoming a reserve currency, China has less of an incentive to keep it as stable and as high as when it was awaiting for its inclusion in the basket.

The USD/CNY is not a major instrument at most brokers so a repeat of the events of Black Thursday, when the Swiss central bank took a similar surprise move, is not expected. However, the yuan depreciation will naturally have knock-on effects on the economies of East Asia and Australia, shocking regional stock markets and commodities exporters in particular. 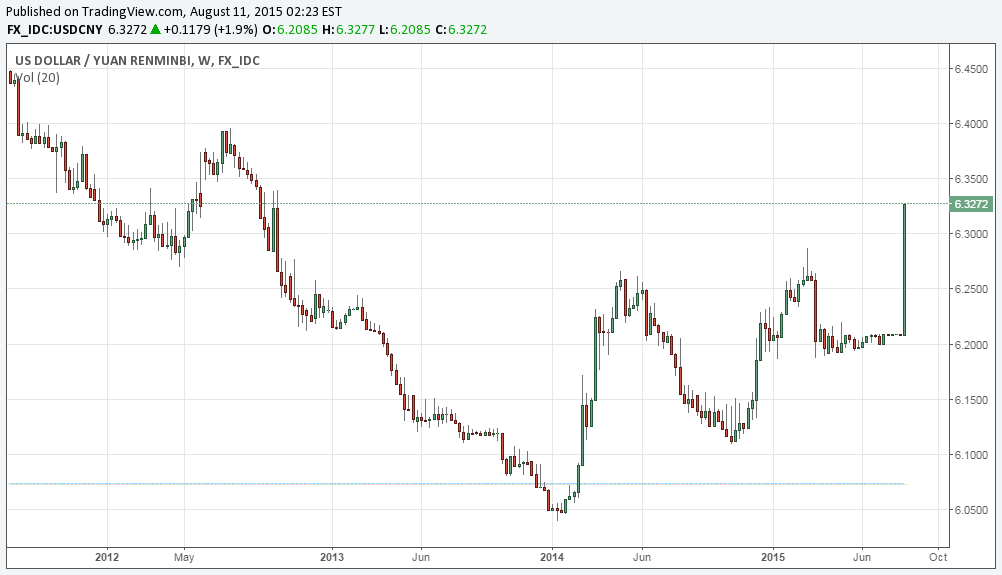