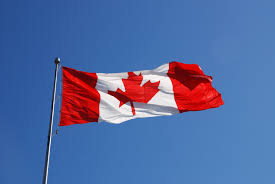 Canada is moving forward with the establishment of a Canadian renminbi hub. The hub was announced by Canada’s Prime Minister Stephen Harper during his visit to China last November. Its aim is to allow for the CNY to be transacted directly with the Canadian dollar.

C.J. Gavsie, managing director & global head of FX products & China capital markets at BMO Capital Markets, appeared today as an expert witness before Canada’s House of Commons Standing Committee on Finance. Gavsie provided his opinion on the establishment of the Canadian renminbi hub and he was unapologetically supportive of the move.

Gavsie said, “This is fantastic news for Canadian companies. The trading hub will ensure that Canadian firms doing business in China can purchase RMB [CNY] on the open market without converting to another currency first. As we’ve seen in other jurisdictions, the cost savings will lead to more trade. This, in run, will create more jobs for Canadians.”

The renminbi to Canadian dollar exchange rate is 1 CAD to 5.02467 CNY at the time of writing. For more factors influencing the renminbi, read our coverage here.

Gavsie also lauded government officials for their work in establishing the hub, “The Prime Minister, and officials at the provincial and municipal levels across the country, are to be commended for both their vision and their efforts.”

And his enthusiasm isn’t unfounded. In a recent report, BMO Economics reported that China is now Canada’s second-largest trading partner, with activity growing nearly at a double-digit rate. With the anticipated reforms and liberalization coming from China in the near future, ties should only strengthen further.

Canada isn’t alone in its shift towards the renminbi. The currency broke into the top 5 of the world’s most popular payment currencies at the end of 2014.  According to the monthly renminbi tracker prepared by the Society for Worldwide Interbank Financial Telecommunication (SWIFT), the Chinese yuan become the 5th-most popular payment currency in the world in December.

The Canadian and Australian dollar were both displaced from their 5th and 6th-place positions due to a sharp decline in natural resources costs of late, which both countries rely heavily on. At number four is the Japanese yen, which comprises 2.69 percent of all payments globally. The renminbi currently sits at 2.17 percent.

Share this article
Tags: canada
Got a news tip? Let Us Know