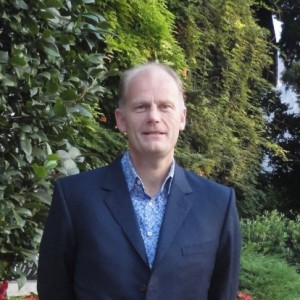 According to an official press release from BCS Financial Group, the firm has today announced the appointment of Max Hayden to the role of Head of Business Development for the company’s International platform and client base.

Mr. Hayden joined the company in the beginning of March 2014, and reports to the firms London Board, based in the UK.

As per a LinkedIn profile description for Mr. Hayden, he had held a number of senior roles during a nearly 20 year career with Merrill Lynch, including most recently as Head of Prime Brokerage until October 2012, a role which was described in the press release as involving him being Managing Director of the European Prime Brokerage business at Bank of America Merrill Lynch towards the latter part of his career with that firm.

Mr. Hayden’s background in financial markets spans 27 years from 1987 when he was working for Scott Goff Layton, involved in Floor Brokered Options Trading, and was the firm we here started his career in financial services, as per the profile description.

The BCS press release described how during his time at Merrill Lynch Mr. Hayden succeeded in various roles, including COO Global Equity Finance, and Head of Prime Brokerage Platform – as noted above, and prior to that he was with Smith New Court as Head of Listed and OTC derivatives clearing, where Mr. Hayden was instrumental in building clearing and financing businesses, and in overseeing operations and derivatives product development.

John Barker, Executive Chairman of BCS Financial Group, who was also recently appointed to his role as chairman, said in the official press release,“Max’s appointment reaffirms BCS’s commitment to, and ambition for, its international business and needless to say, his leadership and experience will be vital assets to the company as we continue our upward trajectory over the next few years. Max has a track record of success at the very highest levels of our industry and his appointment is proof positive of our ability to attract the best people in the marketplace.”

BCS says it’s the largest trader of Equities and Foreign Exchange on Russian exchanges, and Forex Magnates had recently covered developments underway with the expansion of the firms new operations in the U.K., following FCA approval last summer, and the securing of membership on the London Stock Exchange (LSE) as it looks to add to that effort with today’s announcement.

As part of the update, the firm added that it also hired Marat Ibragimov as Senior Equity Analyst to its growing research arm in Moscow. Mr. Ibragimov will cover consumer discretionary, food retail, pharma and real estate markets, as per the press release.

The news follows Forex Magnates coverage of the partnership announced between BCS and Orc Group, earlier in April.