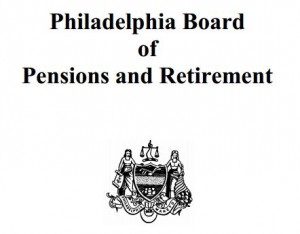 Battle of the trial lawyers has begun in the world’s largest case seeking class-action status against major forex dealers. A law firm with over 650 attorneys representing Quinn Emanuel Urquhart & Sullivan, LLP seeks to become the lead counsel in the case, according to a court filing this week.

The case will likely take a long time to move ahead, as regulators such as the UK’s FCA said that their related investigation into the Forex probe was unlikely to be finished during 2014 due to the wide scope of the probe and that it’s at an early stage of the investigation. Indeed, the potentially massive forex litigation may unfold with plaintiffs looking to best position themselves for the battle that might soon begin.

Earlier last month, Forex Magnates reported when the law firm Scott+Scott LLP was chosen by U.S. federal judge, Lorna Schofield of Manhattan, to be the lead interim counsel in the case which is seeking class-action status against 7 of major forex dealers (across 10 entities) over alleged rate manipulation, and represent a number of complaints that are being joined into the class-action.

While the case overall appears to be based on nothing more than the disclosures that each named plaintiff has revealed with regards to being under investigation, in their respective periodic filings, as well as the attention drawn into the ongoing investigation by various regulatory authorities around the world, this process could help to discover further evidence that could help the case go one way or another.

However, the potentially affected defendants did collectively have respective exposure to foreign exchange related investments, apparently, hence the seeking of potential damages against potentially responsible parties.

Earlier this week, Forex Magnates had just reported when Bank of America Corporation, in its latest filing for its annual report for 2013, revealed that it was under review or investigation from various regulatory authorities in the growing forex probe of major dealers, and said it was cooperating.

However, the overall case, in terms of the above mentioned class, would still need to find its grounding on the basis of Antitrust law, under the Sherman Act, which unless a back-up plan is in mind (in case that basis isn’t found), this could serve as a hurdle for the class to have grounds to litigate the case.

In other words, the method of fixing foreign exchange rates (as described in this specific case -and not generally speaking), must be first deemed a competitive process, so that an antitrust allegation can be based upon such a process.

Last time Forex Magnates reported about the case’s development, Daniel Brockett of Quinn Emanuel Urquhart & Sullivan, had been quoted with respect to the antitrust part of the case, ”It’s going to be a much more difficult argument for the banks to make that there is no antitrust standing here, because you had actual buying and selling in the market that went on to arrive at this fixed number.”

In addition, 3rd parties had been hired to investigate foreign exchange rates and research the details surrounding the allegations, to help build the case by the defendants.

The City of Philadelphia, the latest to join the class-action, was not happy with the court’s previous decision to appoint Scott+Scott LLP as sole interim lead class counsel on the basis that since the City of Philadelphia had the largest financial interest in the case (representative of the amounts its members had invested) the court should appoint their counsel, Quinn Emanuel Urquhart & Sullivan, LLP, as the lead counsel for the entire class, alongside Scott+Scott LLP who could serve as co-lead.

An analysis described in the filing said that the City of Philadelphia, through its fund managers, engaged in $33 billion in foreign exchange transactions, with nearly $768 million tied to the 4pm close (fixing time).

The challenge was filed as a motion for reconsideration of the court’s February 19th order, in case 1:13-cv-07789- LGS Document 110 filed on February 26, 2014, and included the argument that the court had overlooked the City of Philadelphia’s interest in the case (as the plaintiff with the greatest economic interest), and the facts in the record showing that Quinn Emanuel would best represent the class, as described in the official court document.

The basis of the legal request was compared to a LIBOR antitrust litigation case cited from 2011 in the motion, an excerpt of which read, “greatest economic interest” to be a “highly relevant” factor in selecting interim lead class counsel.

In addition, the ambitious efforts sought in the case were described in the filing which stated the following allegations, “This case involves the collusive manipulation of one of the world’s largest financial markets by the world’s largest financial institutions, with wrongdoing on multiple continents and possibly hundreds of the defendants’ employees implicated. The damages resulting from this conspiracy may be billions of dollars, and the City alone may have millions of dollars in injuries.”

There has been a stream of firings and suspensions of senior FX traders across various major Forex dealers, that paralleled the developments.

Considering that Quinn Emanuel has achieved no less than nine 10-figure (+$billion) settlements, this indicates that it could indeed be a serious challenger to the bank’s respective lawyers if this case moves forward. Although seen below, the named defendants in the case are also well represented.

Share this article
Tags: libor
Got a news tip? Let Us Know