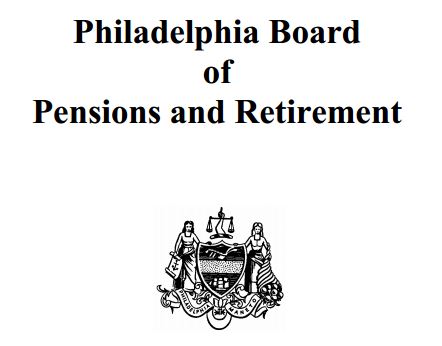 The latest class action against major Forex dealer banks comes from the City of Philadelphia Board of Pensions and Retirement, according to a copy of the complaint filed in a New York court on February 11th, 2014 under case number 14CV0876.

The lawsuit is seeking class-action status for alleged foreign exchange rate manipulation carried out around the 4pm daily fixing using WM/Reuters rates among the ten entities belonging to seven banks named in the document as defendants.

The pension carries the investments belonging to employees of the city, with a nearly $5 billion dollar valuation as of its latest audited annual report.

The 10 entities named (across seven banks) appear to be the same named in previous class action applications seeking class status in this case, and the ones that the FCA’s head had indirectly referenced in recent feedback the U.K regulator gave during a parliamentary hearing just weeks ago, including the following named as defendants in the complaint from the plaintiff – the Philadelphia Board of Pensions:

According to the complaint, the plaintiff believes the number of people affected is so numerous and geographically dispersed that a joinder of all members is impracticable. In addition, the alleged rate manipulation is thought to have been taking place for about a decade, a considerable long period of time for the case to have to analyze in retrospect.

One of the questions in the complaint that remains to be litigated with regards to potential antitrust violations and with regards to FX rate manipulation, is as quoted from the complaint, “Whether Defendants and their co-conspirators engaged in a combination or conspiracy to fix, raise, maintain, stabilize and/or otherwise manipulate the WM/Reuters Rates for various currency pairs in the United States in violation of the Sherman Act.”

The challenge with seeking relief under the basis of the Sherman Act, is that the process of fixing rates would have to first be deemed competitive, in order to then seek an anti-competitive allegation, based on the antitrust laws in the U.S.

According to a recent analysis published by Reuters, quoting Daniel Brockett of Quinn Emanuel Urquhart & Sullivan, which had filed the related FX lawsuit on behalf of the Boston State ‘Boston Retirement System’, opinion was given on how the FX rate cases differed from Libor – with respect to antitrust, “It’s going to be a much more difficult argument for the banks to make that there is no antitrust standing here, because you had actual buying and selling in the market that went on to arrive at this fixed number.”

Also quoted by Reuters in the analysis, Richard Wolfram, an independent antitrust lawyer,  said that a judge could take a narrow view of the fix and conclude that it is a mathematical equation and does not involve competition.

The complaint filed this week referenced that the WM/Reuters rates are merely median prices of all trades in a fixed period for currency pairs, determined on a half-hourly, hourly, or end-of-day basis, and that the defendants played no role in calculating the rates, which are thought to reflect the mid-point of bid/ask spreads without regard to the size of the notional value of trades. However, during the 60 second window that dealers allegedly were “banging the close” by breaking down larger traders into smaller size position that could systematically affect rates in their favor, while front-running their clients’ trades in a colluded effort while sharing trade-related information among each other.

One of the example chart diagrams surrounding the 4pm fixings, included a AUDUSD chart from 2009, as seen in the excerpt below from the complaint:

The alleged collusion between dealers took place in various chat groups, and the complaint had named a number of individuals in such chat groups some of whom have been known to have been recently let go or suspended from their respective posts, including:

There was also reference to other chat groups, such as the “Cartel”, including the following persons, according to the complaint:

The above examples are not meant to be exhaustive, in Forex Magnates’ view, and the drivers of the alleged price manipulation were summarized in section 59- among other sections- of the complaint with regards to collaborated front-running:

“Because of the size and trading volume of the foreign exchange market,particularly around the time of the calculation of the 4 p.m. closing rate, front running based only
on a single Defendant’s customer’s trading information would be a highly risky strategy that could easily backfire, since the market could move in a direction opposite of that taken by a dealer. As a trader noted, front running “could still backfire if another dealer with a larger position bets in the other direction or if market-moving news breaks during the 60-second window.” Thus, according to a former dealer interviewed by Bloomberg, front running is “a risky strategy that he only attempted when he had a high degree of knowledge of other banks’ positions and a particularly large client order.” In short, while a dealer can turn a profit on front running a client’s order, it is a risky strategy when attempted alone.

Actions to Be Consolidated Into One Class Following Judge Decision

With approximately seven class action applications filed from various plaintiffs, including various pension funds/retirement systems and hedge funds, these will all be consolidated into one class action, following a decision made by a NY judge.

Just yesterday, Reuters and the Financial Times separately reported that U.S. federal judge, Lorna Schofield of Manhattan had chosen the law firm Scott+Scott LLP to serve as interim lead counsel in the consolidated class action against the Forex dealers named, and that a conference was scheduled for March 3rd, 2014 to decide when the plaintiffs will be able to receive certain documents from the defendants.

This means Scott+Scott LLP will lead all plaintiffs across the various class action applications filed in their respective complaints against the ten entities belonging to the FX dealers, by having these consolidated into one class action case.

While the U.S. Court system may provide an efficient process for ambitious lawyers to move ahead with limited evidence (despite widespread news coverage of regulatory investigations into FX probes), in order to potentially gain actual proof following a required discovery process, the ensuing litigation could carry on for many months and years before progress is made for an outcome, considering the potential wide scope of the case.