We are now approaching the end of the year and, just as in any industry, it is time to give an accurate recap of what the main challenges have been for companies in the forex industry. More importantly, we are going to look to the future and try to ascertain the main risks that firms could face during 2017.

If there is any short and accurate way to describe the past two years, it’s the years of the black swan(s). Unexpected events have driven market moves and consequently affected the companies operating in the financial intermediary industry. When it comes to the retail foreign exchange space, companies have been very well prepared for events that hit the markets. 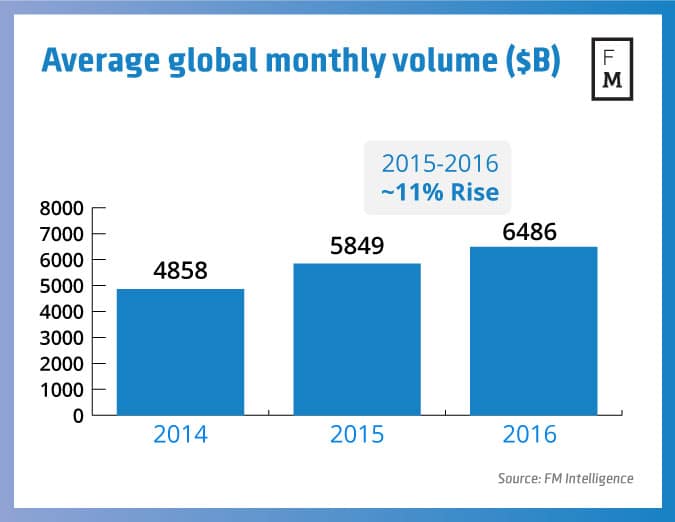 Regulators started playing a larger role throughout 2016 – while the Cyprus Securities and Exchange Commission (CySEC) focused on getting its house in order, other European regulators began taking important decisions impacting the market.

Starting from the real threat of an advertisement ban in France and moving on to the UK market, where the Financial Conduct Authority (FCA) has moved to propose leverage caps, the relatively lax European regulatory approach is slowly but surely coming to an end.

Unlike in 2015, when the Swiss National Bank wreacked havoc across the foreign exchange trading industry, this year the institution didn’t have much direct involvement in the daily operations of brokerages. Its role however was very important – brokers knew what to expect from black swan events and prepared accordingly.

Failsafe mechanisms, recapitalization measures and risk management have taken center stage after the events of January 2015. This was the main reason why the industry sailed rather smoothly through Brexit, the British pound flash crash and the election of Donald Trump as President of the United States.

Ranging Markets and Pockets of Volatility

The majority of currency pairs have been ranging for the first half of the year. With 2015 being relatively directionless when it comes to major pairs, 2016 started with pockets of volatility, but without any significant direction. 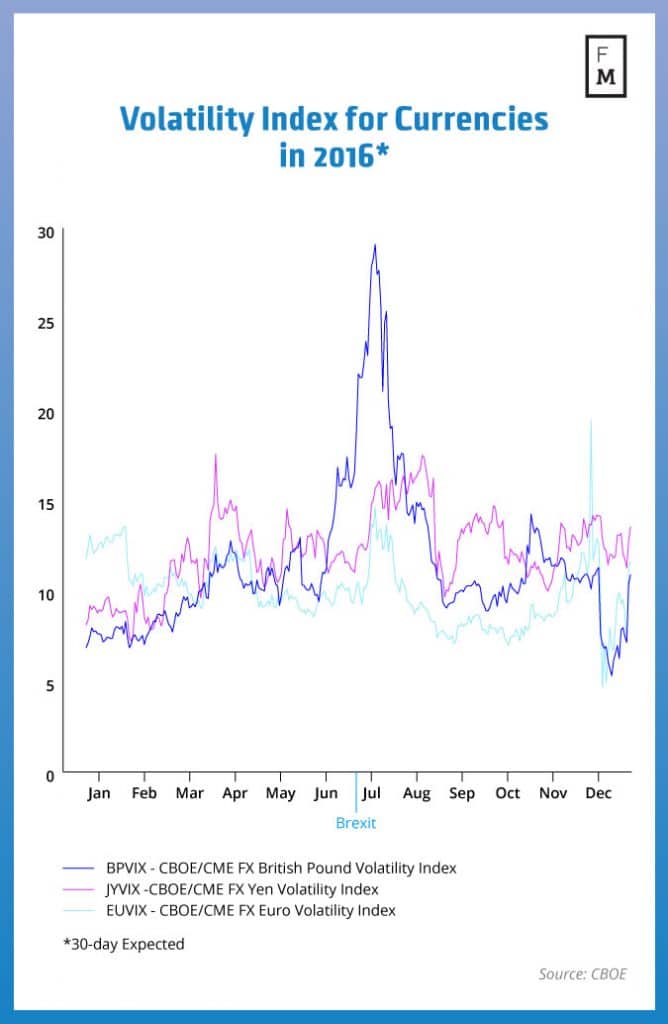 Brokers have been reporting relatively decent volumes during the first months of the year, naturally with some companies doing better than others. The overall trend was flat when compared to the previous year.

Pockets of volatility engulfed markets every 3-4 weeks around major announcements and political events.

The Brexit referendum in the UK was one of the main points of discussion throughout 2016. After the June vote, which was very well weathered by the industry considering the massive moves across British pound pairs, worries about the future of the regulatory landscape in Europe have started surfacing.

When it comes to the political repercussions for the UK industry, an arms-twisting race between companies and government has led nowhere so far. With only three months left until the triggering of Article 50 by Theresa May’s government, nobody knows how the UK will negotiate its exit from the EU.

Banks and brokers are equally clueless and are constantly threatening to move jobs away from the UK, while the government is playing poker against the EU and aiming to make the continentals fold first. The reality is that both parties in the negotiation stand to lose a lot from a hard Brexit and no free trade deals.

The first three months of 2017 may be crucial for the British pound’s next directional move and the regulatory landscape in the UK. The FCA has outraged the industry in a country where brokerages have been considering themselves relatively safe in light of the historically laxer regulatory approach.

The days of excessively high leverage appear to be ending in the UK and the regulator has proposed two levels of caps that are aimed at limiting the risks for retail traders in the country. By the end of March the regulator should be reviewing the feedback that it received from industry participants – both traders and intermediaries.

Should the decision of the FCA be to continue as planned, a major squeeze for the UK market could be on its way. That said, that may be only temporary – Japan introduced a two step change in handling leverage and currently retail clients from this country can use a maximum of 1:25. A temporary decline in trading volumes was swiftly reversed and currently Japanese brokers are enjoying a lot of competition and prospects for the industry are looking bright in light of recent volatility.

French authorities have been long at work tackling the problem which some unregulated and regulated brokers presented for French consumers. A ‘mystery shopper’ survey which the Autorité des Marchés Financiers conducted in 2015 was key to causing the government to present legislation to to deal with companies that refused to honor withdrawal requests.

The commitment of the French regulator to passing a regulatory framework to ban some retail products in France has led it in the direction of banning the advertisement of the products, rather than the products themselves.

However at present there is no clear framework of how is that going to happen. The first major details about the prospects for the industry in France is going to come in January 2017. There is no clarity regarding how this ban could be enforced and what companies can do to mitigate the impact on their business – will they be allowed to use affiliates, or not, will the ban be enforced only via search engines and how is the French government planning to tackle the issue?

The French regulatory changes are also happening just before a shift in political power. The French right is consolidating around its new presidential candidate Manuel Valls, who is advocating less regulation and government involvement in the lives of French citizens.

Germany has taken a more laissez-faire approach than other European jurisdictions, but not entirely. The country’s regulatory authorities have mandated negative balance protection for German clients, a move that is likely to increase trading costs at straight-through order processing brokers.

In the meantime, other smaller jurisdictions in the EU like the Netherlands and Belgium are taking their own measures to protect the consumer. More will be known in 2017.

The Cyprus Securities and Exchange Commission has been actively working on establishing a level of regulatory credibility for the island’s industry and for itself. Traders are starting to have a hard time when aiming to determine what is the right broker for them. The regulator has allowed too many companies to mislead their clients, and judging by the latest findings of the Cyprus Audit Office, it seems that the IronFX situation has been grossly mishandled by the CySEC.

The only course of action for the Cypriot authorities is to aggressively tackle all of the issues which clients of companies on the island are facing. With a number of suspensions during the year, the main theme for 2017 is the next phase of the cleanup of the industry.

The issues for the country’s regulator on a European level have been substantial. ESMA has been drafting its regulations in tandem with the violations that are occurring mainly at Cypriot brokerages. First the European regulator mandated a ban on bonuses tied to trading. Withdrawal requests timelines were also established.

Trump’s Presidency and Hopes for the US Market

There is not much to say about the US market in 2016, other than the election of Donald Trump. Not only did the event unlock financial market volatility, but it also could lead to substantial changes to the regulatory landscape in the US. The Dodd-Frank Act is likely to get repealed, but its important to see what is going to replace it.

The new administration of Donald Trump is filled with people that are keen for change, however drafting new legislation takes time and the complex provisions put in place during the past years require careful assessment of the risks associated with a deregulation process that is hasty.

Donald Trump’s election could also lead to a whole new cycle for the US dollar – the currency hasn’t stopped rallying since the election and the market’s hopes are very big. We can undoubtedly say that Donald Trump has gotten the biggest vote of confidence from the financial markets in modern history.

Can this administration make the FX industry in the US great again? Only time will tell.

On this positive note it’s time for me to wish the industry a Merry Christmas and a Happy New 2017 full of decent but not extreme volatility.

“The French right is consolidating around its new presidential candidate Manuel Valls”
Actually Fillon is the main right candidate, Valls is probably the Socialist party’s candidate