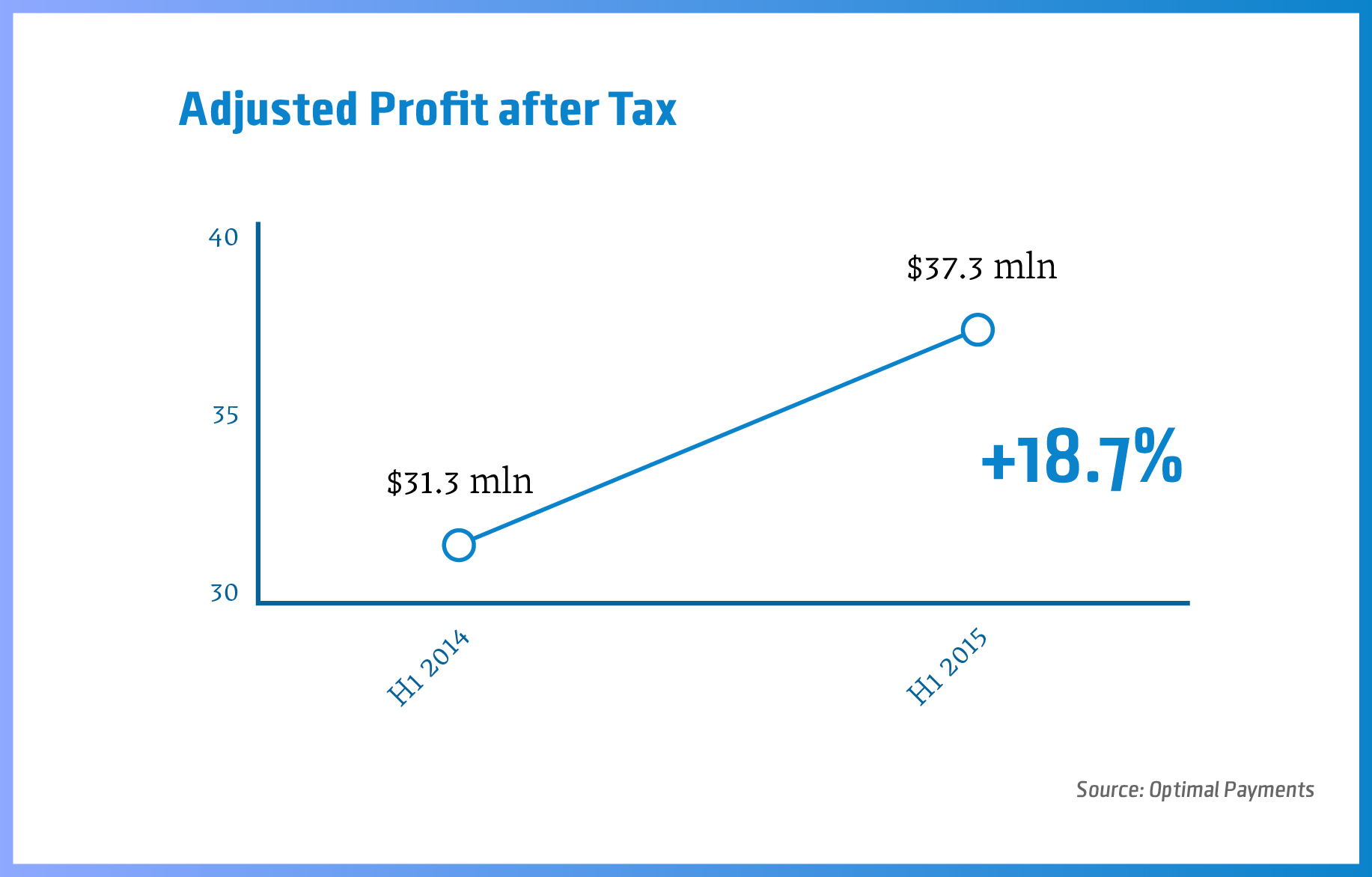 Accordingly, the NETELLER Stored Value business saw revenues rise by 20.1% YoY to $49.8 million in spite of the weakness of the euro against the USD.

Revenues of the NETBANX Straight Through Processing (STP) business were also strong, coming in 47.4% higher than the same period in 2014 at $173.0 million. The NETBANX results incorporate revenue from the acquisition and integration of US businesses Meritus and GMA, which the company acquired in H2 2014, with both businesses trading strongly.

The results do not take account of the acquisition of the Skrill Group, which was completed on August 10, 2015.

The results do not take account of the acquisition of the Skrill Group, which was completed on August 10, 2015 – after the end of the H1 period. The deal, worth approximately $1.2 billion (€1.1 billion), will help cement Optimal Payments as a comprehensive provider of payment solutions with the ability to process over 100 payment types in more than 20 languages and over 40 currencies.

Skrill Group is a provider of online payment and e-money solutions, boasting one of the deepest market penetrations in Europe, amongst prepaid online voucher providers.

The group also acquired FANS Entertainment (FANS), a mobile platform developer based in Montreal, to offer an application with analytics for merchants to engage more directly with their customers.

As a result of these initiatives, the company incurred restructuring costs of $4.1 million and acquisition costs of $12.4 million during the first half year of 2015.

The strong results put Optimal Payments – which is already listed on London’s AIM exchange for smaller, growing companies – on track to seek admission of its ordinary shares to listing on the premium segment of the Official List of the UK Listing Authority and admission to trading on the London Stock Exchange’s (LSE) Main Market for listed securities. This would mean that the company’s shares would then be eligible for inclusion in the FTSE 250 Index of the LSE.

Strong performance was achieved in the period in which we also completed the negotiations to acquire Skrill, which positions us as a key player in the global payments industry.

Commenting on today’s results, Joel Leonoff, President & CEO, said: “Our first half results show continued strong performance with growth in NETELLER and NETBANX including a significant contribution from the integration of Meritus & GMA, the US centric businesses we acquired last year. This was achieved in the period in which we also completed the negotiations to acquire Skrill, a transformational transaction for us and for our shareholders and one which positions us as a key player in the global payments industry.”

“Current trading continues to be strong and we believe that the consolidated business places us in a much stronger position in the payments landscape and are eagerly looking forward to our future as a combined entity,” he concluded.