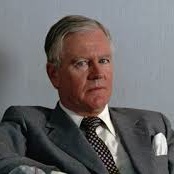 JPMorgan continues to make moves this summer, having previously made a variety of appointments across its foreign exchange and Chinese divisions. Mr. Bischoff has personally overseen the restructuring and management of Lloyds and Citigroup, seemingly rescuing the former from a debilitating bailout of $31 billion during the height of the global financial crisis.

Mr. Bischoff, a 50-year veteran to the financial services industry will succeed Tom Hoppe after a brief stint as a Chairman of the UK’s Financial Reporting Council. Prior to this role, Mr. Bischoff has been an active Chairman at Citigroup Inc and Lloyds Banking Group Plc, part of a lengthy tenure in the banking sector.