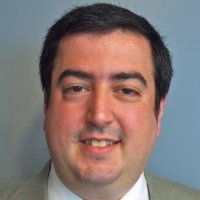 In his new role as COO at Voitrax, Mr. Eagle will be tasked with the firm’s technology strategy and execution, along with ensuring stability in day-to-day operations – furthermore, he will be reporting to Voitrax CEO Levi Orbach. The company’s solutions suite itself caters to Dodd-Frank’s compliance and regulatory rules.

Mr. Eagle was a co-founder of Voitrax, having begun with the compliance software company since the New Year. Prior to Voitrax, he has also worked in a number of executive level roles at FinBird Ltd as its Chief Technology Officer, and at JPMorgan Chase as its Vice President, Technology Officer, dating back to 2011.

According to Mr. Eagle in a recent statement on the appointment, “I am excited to join the Voitrax family.Voitrax is well positioned to become the foremost leader in trade reconstruction.”

“Craig’s wealth of experience in the financial technology sector makes him a valuable asset to our company. We view Craig’s appointment as a sign of our commitment to being the dominant player in the compliance industry. I am confident Craig will play an instrumental role in providing and implementing the highest quality solutions for our clients,” added Levi Orbach, Chief Executive Officer of Voitrax, in an accompanying statement.