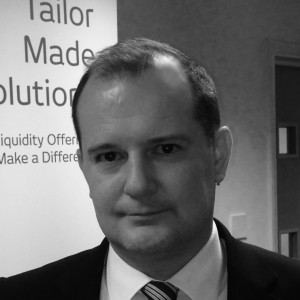 Back in January 2015, TradeNext announced the inception of its Prime service. The division offers prime brokerage services for retail aggregators, banks, brokers, hedge funds and other large-sized active individual traders, having gone live on January 22, 2015.

Mr. Mumford joins from TradeNext from 360Treasury Systems AG, having worked as its institutional sales manager. He has held over two decades of experience in a variety of positions, including executive roles at London Capital Group and Bloomberg Tradebook.

According to Mr. Mumford in a recent statement on the appointment, “I am excited to be working with Larry and the rest of the team at TradeNext Prime. They have developed a culture of client-retention and what really appeals to me is that although it’s a small team, we are able to focus on client’s needs and provide a bespoke solution based upon robust and stable institutional technology and pricing. TradeNext Prime offers something genuinely different through its exclusive pricing, offering a low footprint profile and an alternative to the usual market liquidity providers.’’

“Matt is a great addition to the team; he joins us with exceptional client facing skills at the highest level within the professional trading community. He also brings considerable experience, especially on the institutional business, which will be valuable as we look to grow TradeNext Prime,” added Larry De Souza.