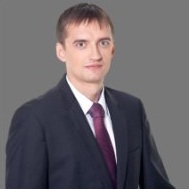 Max Faust, the CEO of Soft-FX, has reportedly parted ways with the company, snapping a fourteen-month stint with the technology provider, a Soft-FX spokesperson has confirmed to Forex Magnates.

Back in December, Soft-FX made headlines with its partnership with FXOpen, gaining access to the software company’s Liquidity Aggregator to boost the company’s ECN MT4 solution.

Mr. Faust originally joined Soft-FX back in 2013, having served as its CEO for the duration of his tenure. Prior to this he also held a variety of senior level roles at Swissquote and Dukascopy Bank dating back to 2006.

Forex Magnates reached out to Mr. Faust who could not be reached for additional comment.