The Singapore Exchange’s (SGX) Indonesia Futures volumes witnessed a meteoric surge during the 2013 calendar year, capping a three-fold increase in average daily volumes and an exchange of $4.0 billion since its launch back in June 2012, according to a SGX annual statement.

In what proved to be a recurring theme on Indonesian markets, volatility seemingly maintained a constant specter both in terms of foreign exchange and in terms of volumes. Indeed, the 30-day volatility of the MSCI Indonesia IndexSM which soared to a high of 48.3 back in September, aided in large part by a waning rupiah – shedding nearly 26% of its value to the USD and making it one of the worst performing currencies in the region in this regard YoY. 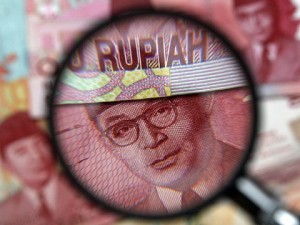 Adding to the rupiah’s woes, the elections in Indonesia maintained an integral part of currency outlooks into 2014. According to SGX analysts, the tangible risk of political changes looms, pending the electoral outcome during July 2014. Despite this bourgeoning situation however, the SGX MSCI futures lays claim to the futures contract that is based on the Indonesia equity market, oft considered an untapped resource in the region by analysts. The structural framework of the futures contract itself has ties to the MSCI Indonesia IndexSM and is thus designed to serve as a microcosm of the index.

Ultimately, the volatility that riddled the rupiah – operating near multi-year lows – and the overall markets in Indonesia proved to be a boon for the volumes in the SGX MSCI however. Trading activity snowballed from its inception back in 2012 and seemed to never really slow down, as indicated by a nearly 300% growth YoY.

Like many of its other developing market counterparts Indonesia was repeatedly handicapped by the U.S. Federal Government’s tapering initiative, particularly during the latter stages of 2013, when each week seemed to offer a different perspective on the fate of the easing program. Alternatively, the Bank of Indonesia raised its interest rates no less than five times, clearly leaving a bitter taste for investors – collectively, these stimuli abrupt outflow of investment via foreign sources.