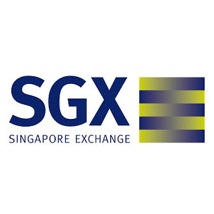 The Singapore Exchange (SGX) has announced that its Chief Regulatory Officer, Richard Teng, has decided to part ways with the group, ending a seven-year tenure with the SGX.

Mr. Teng has been at the SGX for nearly seven years and is slated to leave the organization on February 28, 2015. He will be heading to Abu Dhabi Global Market Regulator, where he will serve as the Chief Executive Officer.

According to Magnus Bocker, CEO of SGX, in a recent statement on the departure, “During his seven years with SGX, Richard made significant contributions to our success as a world-class market regulator.  He was instrumental in establishing a direct listing framework for China incorporated companies on the exchange, introducing a regulatory framework for secondary listings and augmenting safeguards in the stock market. While we will all miss him, we are also very proud that he has been presented with the opportunity to shape the regulatory landscape internationally. We wish him all the best in his new assignment.”

It is unclear who the SGX will appoint as Mr. Teng’s replacement at the moment.