Mr. Marcus has served at the Commission for the past two years as the Deputy General Counsel for Litigation. In this role, Mr. Marcus represented the Commission in federal court and has been advising the Commission on a broad array of regulatory and legal matters.

“Jonathan Marcus is an excellent attorney whose insightful legal analysis will be an asset to the Commission as General Counsel,” said Chairman Gensler. “Jonathan has served the agency with distinction as the head of our litigation team, and I look forward to him taking on this expanded role.”

“I am grateful to Chairman Gensler and the entire Commission for entrusting me with this broader role to assist the agency in carrying out Congress’ objectives to bring greater transparency, accountability and integrity to the derivatives markets,” said Mr. Marcus. “The Commission has accomplished a tremendous amount over the past few years, but I recognize that a lot more work remains to be done and pledge to do everything I can to further the agency’s mission at this critical juncture.” 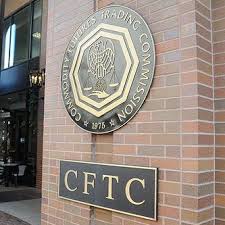 Before joining the CFTC, Mr. Marcus was Counsel at Covington & Burling LLP, where he was a member of the Supreme Court and Appellate Litigation Practice. Prior to that, Mr. Marcus served at the U.S. Department of Justice as an Assistant to the Solicitor General, arguing five cases for the United States in the Supreme Court. He also served in the Appellate Section of the Department’s Criminal Division, where he briefed and argued numerous cases in the federal courts of appeals. Mr. Marcus began his legal career as a law clerk for Judge José A. Cabranes of the United States Court of Appeals for the Second Circuit. Mr. Marcus graduated magna cum laude from Yale University in 1990 and obtained his J.D. from Yale Law School in 1994.