Credit Suisse has a key vacancy on its hands, following the recent departure of Thomas Richards, Director and Senior FX Options and Exotics Trader, ending his four-year stint with the group.

Credit Suisse has undergone a number of key moves this summer, and does not appear to be letting up anytime soon. Over the past few months the group has promoted a new Managing Director to its Greater China operations, while also recently gaining Leveraged Finance Banker, Alison Howe from UBS. 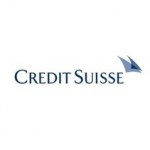 Mr. Richards has been actively involved with FX and trading for over a decade, having joined Credit Suisse in 2010 after the departure of Chetan Sennik. Prior to this he worked at RBS as a Senior Options Trader. It is unclear where Mr. Richards is headed presently, following his leave from Credit Suisse.