Ms. Delatinne has been a mainstay at SWIFT for over a decade, having worked in the group’s GPI Program – for its part Ripple has not been quiet about its contempt for the program, however this did not stop the group from securing the services of one of the GPI’s core elements.

In her new role at Ripple, she will serve as its Sales Director in Europe, helping work in a key role in selling the firm’s commercial blockchain technology to banks across the continent – she will be based out of Londn. The initiative is part of a broader aim to take on SWIFT, outflanking the group on distributed financial technology.

Such technology can potentially be a boon for banks, which can slash the time and cost of settlement while enabling new types of high-volume, low-value global transactions. Many banks have begun the transition to digitalization already, with the traditional branch model being largely seen as a dying breed, especially in Europe. 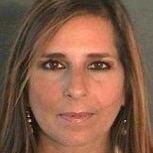 SWIFT’’s response to this growing trend was its own GPI program, having launched in February 2017. Ms. Delatinne originally joined SWIFT back in 2007. Over the past decade she has held a variety of roles including Head of Business Development for SWIFT’s Securities Markets Initiatives, its Payments Market Initiatives, and most recently its GPI, according to information made public on her Linkedin profile.