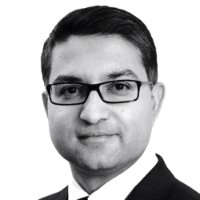 Deutsche Bank has been very active recently with hires, despite a traditionally tranquil summer. The multinational financial group has already made a number of key hires across its US ETP division, and asset management group. In his new role, Mr. Mistry will be tasked with structuring and managing infrastructure debt in continental Europe. This should prove to be a pivotal role as memories of a recent Eurozone debt crisis are still fresh in many minds.

Mr. Mistry joins Deutsche Bank having garnered a lengthy resume at a number of financial institutions. Prior to Deutsche Bank, he served as Director at the Bank of Tokyo-Mitsubishi UFJ for over three years. Before this he also worked in senior level roles at RBS, General Electric, and Price Waterhouse Coopers.