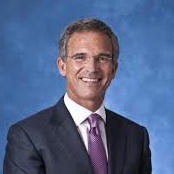 Deutsche Bank AG has enticed James Dilworth, Chief Executive from Allianz Global Investors, to manage and run its German Asset and Wealth Management operations, responsible for up to $658 billion worldwide.

Deutsche Bank has made a number of hires recently, including a sizable overhaul of its US ETP Division, as well as an outflow of personnel in Asia. The multinational financial services juggernaut is a leading player across fixed income, forex, and derivatives, with asset management being one of its largest operations ($1.25 trillion) in Europe.

In his new role, Mr. Dilworth will help steer German operations on behalf of Deutsche Bank, including its managed investment products suite with an estimated value of $688 billion, a huge portion of Deutsche Banks managed assets. He will be reporting to Michele Faissola, the Head of Deutsche Asset & Wealth Management.

Mr. Dilworth joins Deutsche Bank after serving previously as the Chief Executive for Europe at Allianz Global Investors (AllianzGI) – he is presently replacing the position at Deutsche Bank vacated by Wolfgang Matis, who parted ways with the group back in June.