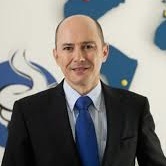 On the heels of a scandal surrounding Let’s Gowex SA and the consequent resignation of CEO, Jenaro Garcia, it has been revealed that JPMorgan Chase and Danske Bank’s funds are each exposed to the insolvent Spanish firm.

Just this past weekend, Let’s Gowex was hit with a maelstrom, following the publicized accounting fraud by Gotham City Research LLP that has enveloped the firm for nearly four years. In the crosshairs of these allegations was Gowex CEO, Jenaro Garcia, culminating in a July 5th resignation, however the blame appears to be reserved for several beyond him.

According to Javier Flores at Asinver Investment Group, in a recent statement to Bloomberg on the fraud, “The responsibility isn’t with just one person, it’s also with the auditor and market regulator. Moreover, the damage isn’t only economic; it’s also about the reputation of the Spanish market.”

Despite the damage to the Spanish market’s reputation, JP Morgan and Danske Bank face more tangible concerns, given the exposures each bank has in Gowex. Each of these entities are top-10 institutional investors in the firm, and while the exposure constitutes less than 3% of their respective holdings, both banks are tasked with damage control in the aftermath of the scandal.

JPMorgan is a familiar name in the Forex industry, following an eventful, albeit tumultuous 2014 campaign marked by upheaval and scandal. Global regulators are presently still working to unearth the extent to which a fixing and fraud permeated a $5.3 trillion-dollar-a-day industry, following a litany of suspensions and resignations from leading financial institutions.