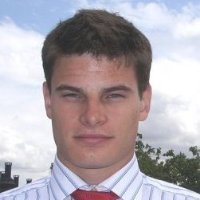 JPMorgan has been one of the most active banks in the industry in terms of hires over recent months, bringing in a multitude of new personnel across several divisions of its business. In his new role as Global Market Strategist, Mr. Stubbs will be based in London and will report to Stephanie Flanders, JPMorgan’s Chief Market Strategist for the UK and Europe.

Prior to joining JPMorgan, Mr. Stubbs worked in several senior level roles, including most recently at MRB Partners as its Senior Macro Strategist.